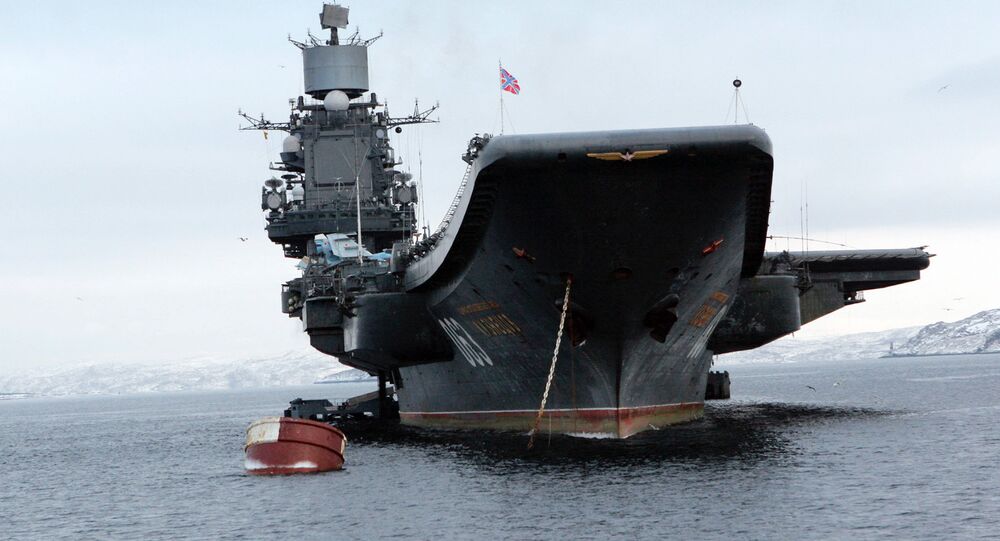 The Admiral Kuznetsov aircraft carrier, currently en route to Syria, will hardly be involved in controlling airspace because there is already enough equipment on the ground, according to the Kremlin spokesman.

YUZHNO-SAKHALINSK (Sputnik) – Russian aircraft carrier Admiral Kuznetsov is unlikely to be involved in exerting control over the skies over Syria, as there are enough instruments to defend government forces and Russian infrastructure, Kremlin spokesman Dmitry Peskov said Saturday.

"I do not think that it is necessary to keep somebody away, [or that] somebody can attack [the Syrian government forces] … as there are enough instruments to control the skies, to control the safety of our temporary infrastructure in Syria, which is why there is no such opportunity," Peskov told "Vesti v Subbotu" TV show.

On October 15, Russia's Northern Fleet’s press service said that a group of warships headed by the aircraft-carrying cruiser Admiral Kuznetsov accompanied by the Pyotr Veliky battle cruiser, the Severomorsk and Vice-Admiral Kulakov anti-submarine destroyer, and support vessels was sent to the Mediterranean to hold drills and strengthen capabilities.