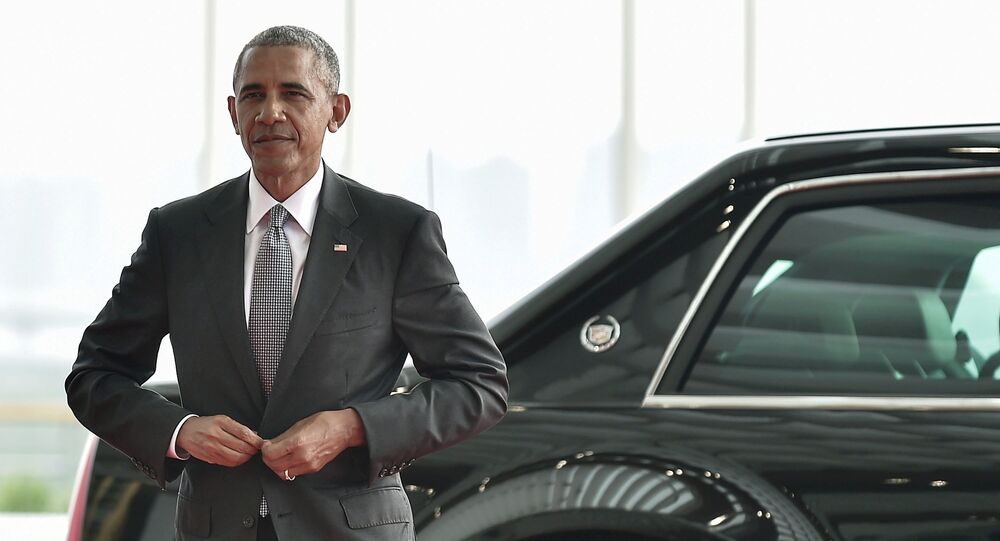 © AP Photo / Jacquelyn Martin, Pool
US Signs Unprecedented $38Bln Security Assistance Agreement With Israel
WASHINGTON (Sputnik) — "The new 10-year Memorandum of Understanding (MOU) on security assistance that my administration signed with the government of Israel today is just the most recent reflection of my steadfast commitment to the security of the state of Israel," Obama said in a statement issued by the White House.

Earlier on Wednesday, US State Department Under Secretary for Political Affairs Thomas Shannon and the Head of Israel’s National Security Council Yaakov Nagel signed the MOU agreement, which consists of $33 billion in foreign military financing and $5 billion in missile defense.

"Both [Israel] Prime Minister Netanyahu and I are confident that the new MOU will make a significant contribution to Israel’s security in what remains a dangerous neighborhood," Obama noted.

The US president pointed out, however, that Israel can only endure as a Jewish and democratic state through the "realization of an independent and viable Palestine."

The MOU and efforts to advance the two-state solution are motivated by the same US objective to ensure Israelis can live alongside its neighbors in peace and security, Obama added.

'Israel Stays Out of the Syrian Crisis Unless Its Interests Infringed'