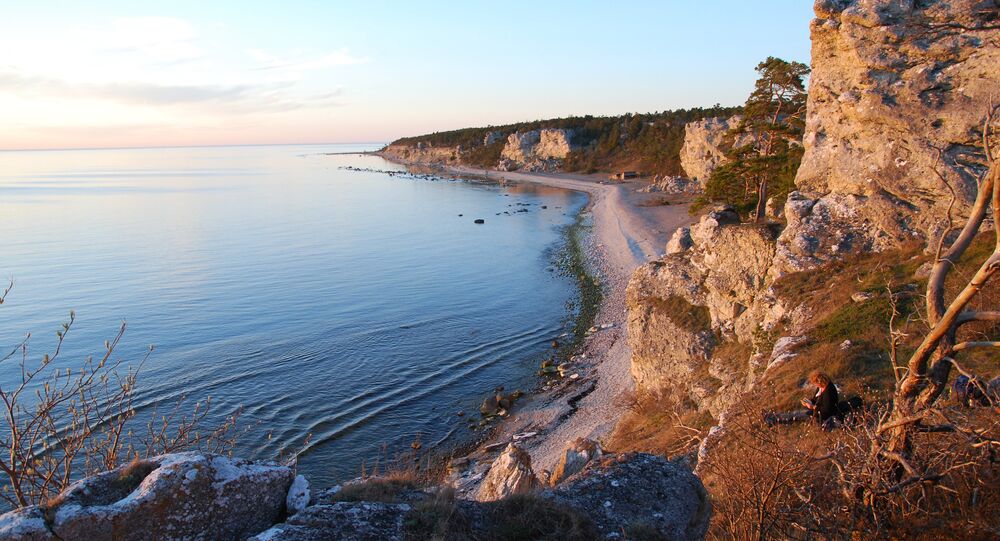 Last week, Sweden published yet another report advocating NATO membership, which local hawks subsequently hailed as "the best ever made." The report used bogus threats from Russia to arrive at the expected conclusion that "NATO provides more advantages." At the same time, Sweden was advised to steer clear of its neighbor Finland.

© AFP 2021 / OLIVIER MORIN
Sweden Flirts With NATO Amid Drills Aimed at Deterring Russian 'Threat'
According to the report, which was penned by 62-year-old ambassador Krister Bringéus, former Swedish head of delegation to the Organization for Security and Cooperation in Europe (OSCE), Sweden may become the first country to be attacked by Russia in the event of a war in the Baltic Sea, however improbable this scenario may sound. Since Sweden is obviously unable to defend itself, the bottom line of the report is that it is preferable to join NATO than to stay outside the bloc.

"The most tangible effect of NATO membership would apparently be the elimination of the uncertainty that currently exists regarding how a possible Baltic crisis would ultimately turn out. At the same time, the West's overall conflict deterring capability is thus likely to increase," runs the key passage of the report, published by Swedish daily Dagens Nyheter.

The report gave a bleak picture of Sweden's defense capabilities in a new era, marked by Russia's "increasing antagonism" against the West. According to the report, the confrontation line between Russia and the West has shifted from Central Europe to the Baltic Sea region, which leaves Sweden particularly vulnerable. Russia was also pointed out as "the only state in Sweden's immediate surroundings that might exert military aggression against neighbors," citing Moscow's presumed unpredictability, desire to undermine NATO and penchant for hybrid warfare.

© AFP 2021 / JANEK SKARZYNSKI
Sweden Lures Finland Deeper Into NATO
Whereas a direct Russian attack against Sweden nevertheless was ruled out in the report, Sweden was pointed out as a receiving collateral damage in a possible conflict between Russia and any of the Baltic states, which were identified as "NATO's weakest points." Bringéus pointed out that the very probability of this is unlikely, but that the ensuing risks would be catastrophic.

Today, many Swedish defense experts agree that Sweden itself is not a military objective for Russia, as long as the country remains outside NATO. However, Defense College former president Karlis Neretnieks published a theory, according to which Russia may attempt to "borrow" the Swedish island of Gotland to deploy air defense units on the island, in the event of a military conflict with NATO in the Baltics. According to Bringéus, Russia may have another reason to land on Gotland. It could do so partly in order to advance its own system, partly to prevent Gotland from becoming a platform for US aggression against Russia. In this case, the Russians would probably end up shooting down US planes coming to the Baltic states' rescue.

© AFP 2021 / Patrick Tragardh / SCANPIX
By Hook or by Crook: Swedes May Use Brexit as Pretext to Join NATO
Since the Swedish military is, like in many other European countries, not self-reliant, it largely depends on other states to assert its sovereignty in the event of an emergency, the report pointed out, leaving NATO membership as a preferred alternative for the country. According to Bringéus, Sweden's NATO membership would, among other things, provide greater opportunities for political and military influence, reciprocal defense guarantees and facilitate defense exports. Bringéus admitted that a Swedish NATO application would initially cause a political crisis, but would be ultimately accepted by Russia.

At present, Sweden is most connected with Finland in terms of defense cooperation. However, mutual defense obligations are missing, and the final goal is unclear. A number of Finnish and Swedish politicians have therefore advocated NATO membership as a preferred option.

"The view of the situation comes from a single analyst, albeit a seasoned ambassador. It is good that Finland also understands that Sweden thinks this way, but in spite of this, defense cooperation between Finland and Sweden is progressing like a steam engine," Niinistö told the Finnish national broadcaster Yle.