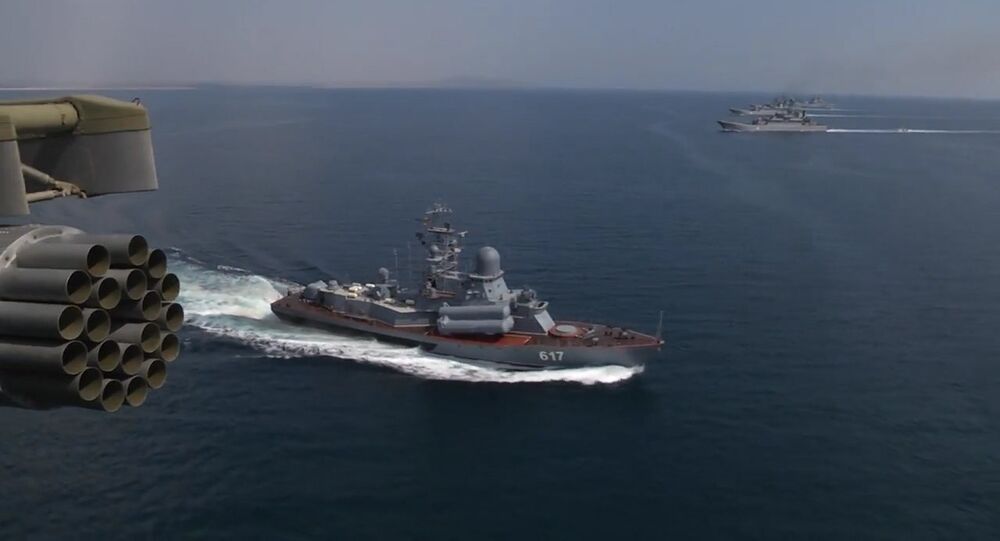 Intercepted US Spy Planes Were 'Interested' in Russia's Top Submarines

The US Navy's P-8 Poseidon surveillance planes that were intercepted by the Sukhoi Su-27s were apparently trying to get a closer look at the ongoing Kavkaz (Caucasus) 2016 military drills that are being held in the Black Sea, particularly Russia's newest submarines that are so quiet that NATO nicknamed them the "black hole."

© Photo : Ministry of defence of the Russian Federation
Russian Missile System, Submarine Engage Simulated Targets at Kavkaz-2016 Drills
The incident took place on September 7 when several P-8 planes made two attempts to approach the Russian airspace over the Black Sea, the Russian Defense Ministry said. They were flying with their transponders switched off.

The Boeing P-8 Poseidon is meant for anti-submarine warfare, anti-surface warfare, shipping interdiction and electronic signals intelligence. The aircraft were deployed to the region in August.

Two days prior to the incident, on September 5, the Kavkaz 2016 drills kicked off in the Black Sea. Analyst Oleg Moskvin pointed out that four Project 636 Varshavyanka diesel-electric submarines assigned to Russia's Black Sea Fleet are taking part in the exercise. They were the main target of the P-8s, he suggested in an opinion piece for the Vzglyad business daily.

The Varshavyanka has been designed to perform anti-shipping and anti-submarine missions in relatively shallow waters.

"Apparently, US spy planes were interested in these submarines," Moskvin noted.

If so, there was no need to send them, since the Russian Defense Ministry invited military attaches from 60 countries and approximately 100 foreign reporters to observe the final stage of the massive drills.

Defense analyst Vadim Kozyulin said that the incident was part of an age-old practice popular during the Cold War. "Sadly, this practice with all its negative aspects, including such incidents, has seen a comeback," he told Vzglyad.

© Sputnik / Pavel Lisitsyn
Russian Troops Work Out All Combat Operations to Repel Aggression at Kavkaz-2016 Drills (VIDEO)
The analyst also mentioned that both sides are trying to find measures that will help to control such incidents, but "no documents have been signed so far." He mentioned an incident that saw China lose its fighter pilot when he failed to divert his aircraft away from a US spy plane. In 2015, both countries reached an agreement, formally known as Rules of Behavior for Safety of Air-to-Air Encounters.

Kozyulin suggested that Russia and the US should adopt a similar approach.

"Russia and the US should probably launch negotiations to ease tensions and tone down the rhetoric," he said.