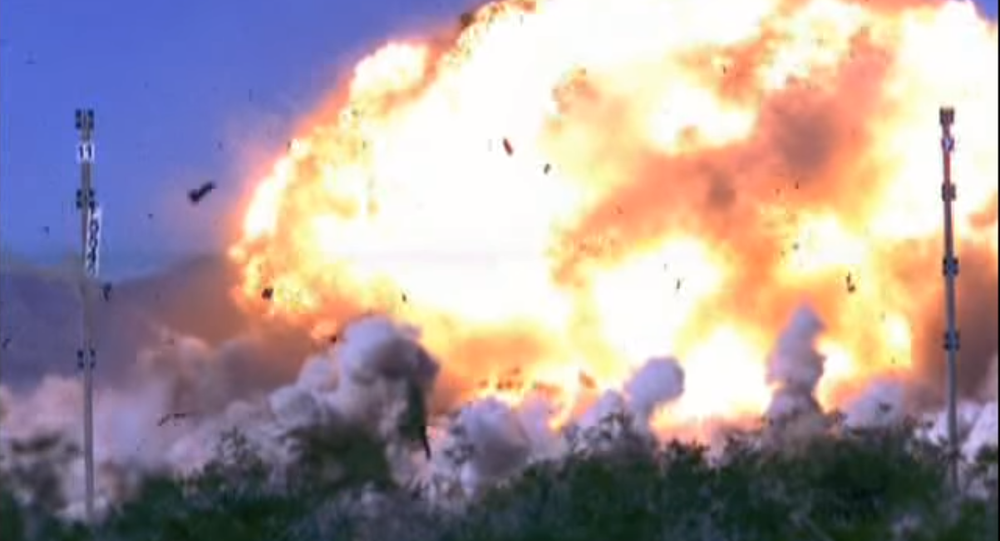 The US Air Force has a new weapon at its disposal that officials believe will substantially increase the lethality of the B-52 Statofortress long-range bomber.

This week the US Air Force dropped three Joint Attack Surface Standoff (JASSM) missiles from a B-52 Statofortress long-range heavy bomber demonstrating the aircraft’s ability to launch the JASSM from the Conventional Rotary Launcher (CRL) of the warplane’s internal weapons bay.

The JASSM is explained on Lockheed Martin’s website as a "long-range, conventional, air-to-ground, precision standoff missile" used by the United States and allied forces. The weapon is “designed to destroy high-value, well-defended, fixed and relocatable targets.

The weapon is unique because of its standoff range which the weapons developer says "keeps aircrews well out of danger from hostile air defense systems" allowing US forces to inflict maximum damage against enemy targets without compromising personnel security.

The missile has an operational range of over 230 miles (370km) carrying a 1000 pound (450kg) warhead towards its target a supersonic speed. The unit cost of a single Joint Attack Surface Standoff missile is $700,000 a piece suggesting that the JASSM will be reserved solely for high-value military targets.

The B-52 Statofortress currently can carry as many as 12 JASSMs on its wing pylons, but the integration of the CRL in the internal weapons bay allows the aircraft to hold an additional eight missiles increasing the deadly force of the B-52s JASSM payload by more than 60% according to the United States Air Force.

The test firing of the JASSM from a B-52 occurred near the Wright-Patterson Air Base in Ohio on Monday, August 22nd. The test required substantial upgrades to the JASSM’s software in addition to hardware updates to the B-52’s internal rotary launcher according to a USAF spokesperson who spoke with defense publication IHS Jane’s Defence.