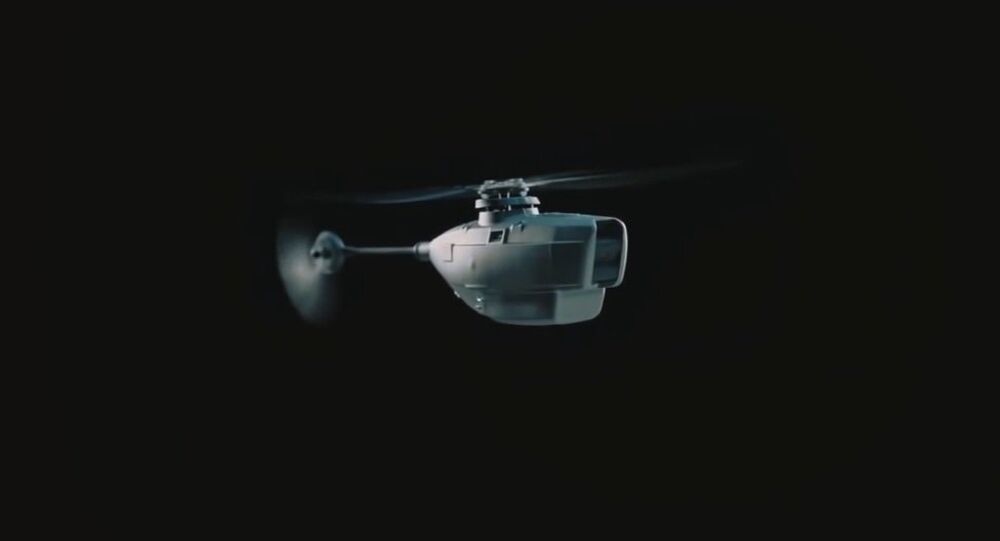 During tests of military technologies at the Pacific Manned-Unmanned Initiative (PACMAN-I) in Hawaii, it was not the numerous sophisticated ground robots that gained the attention of US military personnel, but instead a UAV the size of a small bird.

YouTube/ WarLeaks - Daily Military Defense Videos & Combat Footage
WATCH: US Marines Are Getting Land Drones With Heavy Machine Guns and Tiny UAVs
The PD-100, a pocket-size drone with an operational range of less than 8000 feet, has been deemed ready for combat at PACMAN-I, according to Breaking Defense.

Fitted with three cameras, the device is designed to film the disposition of an adversary and transmit video to operators in the field. Due to its small size and noiselessness, the PD-100 is hardly detectable while in flight, according to US Staff Sergeant James Roe, who participated in the tests.

“It’s a little smaller…than your palm, it’s 18.25 grams,” Roe told Defense News. “There’s no sound. You wouldn’t even know it’s flying over you.”

Roe also specified that a PD-100 can be launched within three minutes, a significant advantage in common military missions.

© Flickr / Jeffery Scism
Russian Drone Enters Israeli Airspace by Mistake - Media
The mini-UAV’s only drawback is it’s battery life. It’s small size means that only a small battery can be fitted to the device, keeping its total flight time to some 25 minutes.

Looking for a way to improve this figure, technicians at the drills gave each drill squad two PD-100s and a backpack charging system, which extended their functionality. “We ran it up to three-and-a-half hours, literally leapfrogging birds the entire time,” US Staff Sergeant Broc Garner said.

The charging backpacks, in turn, are recharged from ground robots designed to serve as mobile generators and were concurrently tested at PACMAN-I.

Ground robotics, on the other hand, failed to impress at the event. The Squad Multipurpose Equipment Transport (SMET) appeared ineffective, in contrast to the PD-100, as it failed to freely move through rough terrain.  In a situation of active combat, servicemen would have to leave SMET behind it it got stuck, or stayed behind with it, exposing themselves to enemy fire.

“There are numerous places, at least on this island, where that SMET cannot go,” Garner said, adding that the machinegun mounted on the top of the vehicle is manual, meaning it needs to be constantly manned.

© Photo : IAI
IDF, Robot: Israel Rolls Out 7-Ton Autonomous Fighting Vehicle
The Army’s tactical radio network, which can be run only through a cellular phone network rather than regular Army radios, also met with scant praise, as cell communication can easily be intercepted, the scientists at the tests noted, not to mention the fact that cell towers can simply be blown up.

Army Research & Development Command (RDECOM) advisor to US Army Pacific Drew Downing acknowledged that most of the tech tested at PACMAN-I would create more problems for US servicemen than advantages, as they are still to reliant on human control.

“A lot of these technologies would have shown a lot better and been more impressive if the soldiers actually had to traverse 20 miles of terrain and then conduct their mission,” he said.