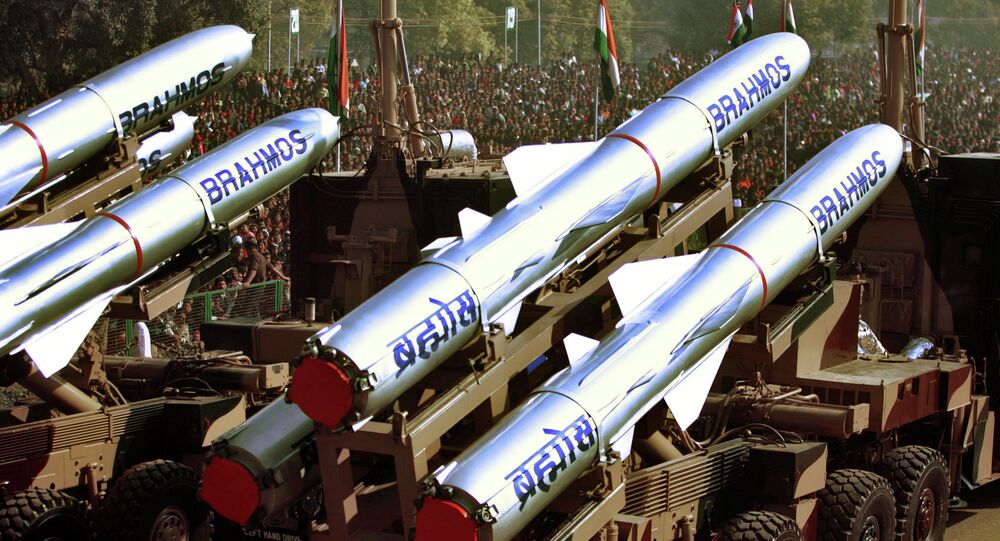 The joint Indo-Russian program will provide New Delhi with a high-flying nuclear deterrent ensuring the continued safety and security of the Indian people despite increased regional tension.

The final test firing of the nuclear-capable Indo-Russian BrahMos supersonic cruise missile from a Sukhoi Su-30 fighter jet, a major force-multiplier for the Indian Air Force (IAF), is slated to take place later this month.

"We hope to conduct the drop test by 24th of this month (August)," BrahMos Aerospace CEO Dr. Sudhir Mishra said in an interview with the Indo-Asian News Service. "After the drop test, we will see if some refinement in the software and other systems is needed."

The test firing of the BrahMos cruise missile will serve to verify the accuracy and efficacy of the Su-30’s missile release system. The test will be carried out at Rajashtan’s Pokharan firing range. An additional test is also expected to take place in the Bay of Bengal in late-November against a decommissioned naval vessel.

The drop test will analyze not only the missile’s behavior in flight, but will also study the impact of the launch on the aircraft to determine if it impacts the fighter jet’s flight trajectory or if the heat release from the missile firing will necessitate any modifications to the aircraft.

An Su-30 integrated with the air-to-air variant of the missile – BrahMos-A – flew for the first time on June 25 in Nashik. The adapted aircraft has logged a total of 10 hours of flight time without incident.

The Russian designed Su-30, India’s most deadly fighter jet, was selected as the delivery vehicle for the BrahMos missile due to the aircraft’s titanium airframe and high-strength aluminum alloys fit for delivering a high-speed cruise or air-to-ground-missile.

The fighter jet is further modified with a hardened electronic circuity enabling the aircraft to withstand the electromagnetic pulse of a nuclear blast. The jet is known for its aerodynamic design that offers unparalleled maneuverability and its thrust vectoring that enables the aircraft to take-off and land in a variety of settings providing the warplane with multi-purpose characteristics.

The plan calls for 40 Indian jets to be equipped with the Brahmos missile as part of a joint project between India’s Defence Research and Development Organisation (DRDO) and Russia’s Federal State Unitary Enterprise NP Mashinostroyenia (NPOM).

India Carries Out Flight of Su-30 Equipped With BrahMos Missiles