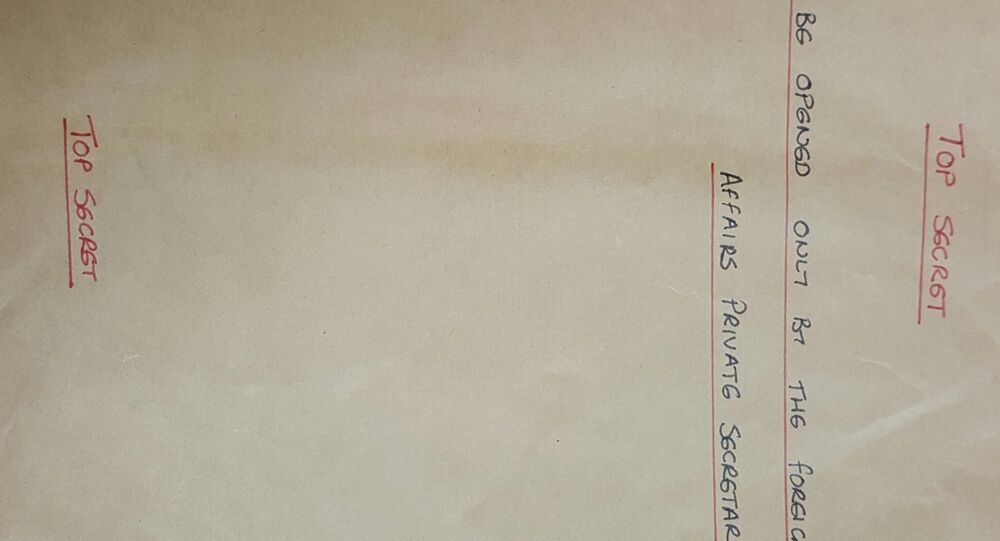 Former UK Prime Minister Margaret Thatcher authorized the release of family pictures of the Royal Family in an attempt to move public attention away from the "successes of the nuclear disarmament movement", Peter Burt of the Nuclear Information Service (NIS) told Sputnik.

"In 1983 Margaret Thatcher's government was prepared to use photos of Prince William [the future heir to the throne of England] to try and divert attention from the successes of the nuclear disarmament movement," Burt, Research Manager with NIS told Sputnik.

The official government documents, which were released by the UK National Archive Thursday, detail how Prime Minister Thatcher's Press Secretary, Bernard Ingham, wrote a memo in 1983 expressing concern over media attention of anti-nuclear protests at an American base in England. The protests, centered on Greenham Common, followed the deployment of US nuclear cruise missiles at the base in a move that ministers acknowledged was deeply unpopular with the British public.

Mrs Thatcher waves as she is applauded at the Scarborough Conference

Ingham made a number of recommendations to divert public attention away from the US deployment, including the release of intimate family photographs of Prince Charles, Lady Diana and their son, 10-month-old Prince William.

But according to Burt this was not the first time the Royal family were used as a propaganda tool of the British Government to defend their multi-billion dollar investment in nuclear weapons.

"The Prince William incident in 1983 is not the first time that the Royal family have been used to promote nuclear weapons. In 1963 the Queen was directed to attend a picture opportunity at RAF Scampton where she stood in front of a Victor V-bomber equipped with nuclear-armed Blue Steel missiles."

According to Burt, nuclear weapons have always been a controversial and sensitive topic.

"Nuclear weapons have always been a controversial and emotive topic, so it's no surprise that governments try to use smoke-and-mirrors tactics to divert public attention away from sensitive political issues relating to them," Burt said adding that "In 2016 [new UK Prime Minister] Theresa May's government is using the spectre of North Korea to divert attention from the massive costs of replacing Trident."

In other papers a Foreign and Commonwealth Office analysis sent to Thatcher's office revealed that the deployment of America cruise missiles in the UK was "far and away the greatest area of public concern" and that "anti-Americanism" in Britain at the time "runs strong."

A 1986 confidential minute sent to Margaret Thatcher warned her that public opinion was overwhelmingly opposed to the deployment of US cruise missiles in the United Kingdom.