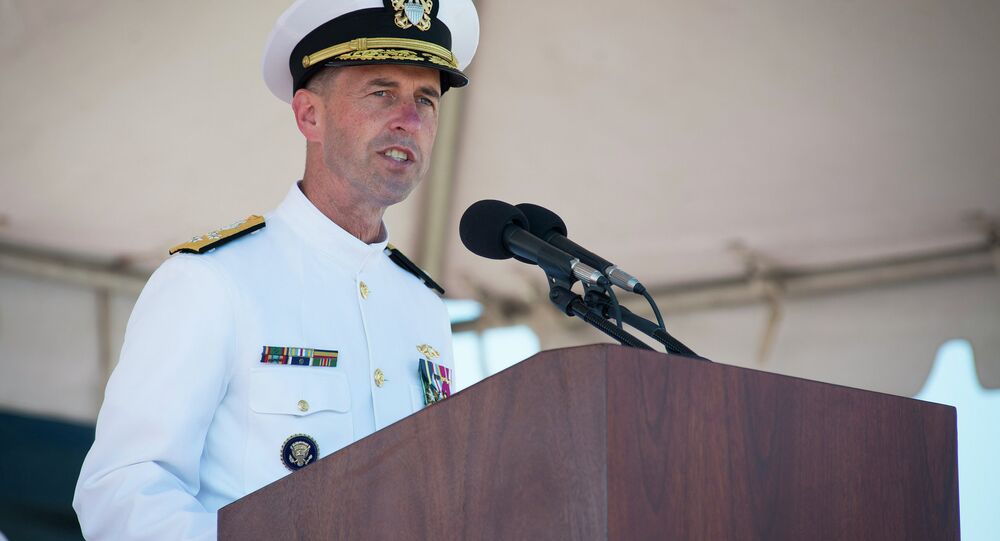 US Chief of Operations Admiral John Richardson will visit China next week to promote smooth sailing in encounters between US and Chinese warships in South China Sea, according to the US Navy.

© AFP 2021 / POOL / RITCHIE B. TONGO
As US Attacks, EU Refuses to Gloat Over South China Sea Ruling
WASHINGTON (Sputnik) — US Chief of Operations Admiral John Richardson will visit China next week to promote smooth sailing in encounters between US and Chinese warships despite the two countries’ disagreements over who owns the South China Sea, the US Navy announced in a press release.

"The goal of the three-day visit to Beijing and Qingdao is to improve mutual understanding and encourage professional interaction between the two navies," the release stated on Thursday.

Talks between Richardson and People’s Liberation Army Commander Admiral Wu Shengli will include the South China Sea, the ongoing Rim of the Pacific (RIMPAC) exercise and future opportunities for the two navies to operate together.

Beijing claims ownership of more than 90 percent of the South China Sea, a vital international waterway through which more than half of global commercial shipping passes.

Earlier on Thursday, two Chinese aircraft landed on artificial islands near the Philippines and blocked a Filipino boat from approaching a contested shoal, according to press reports from the region.

China’s action marked the latest show of defiance against an international tribunal ruling earlier in the week that Beijing’s territorial claims were baseless.

US and Chinese warships frequently meet in tense encounters in the South China Sea during US-led exercises that are intended to defy Beijing’s claim by emphasizing the waterway’s international status.