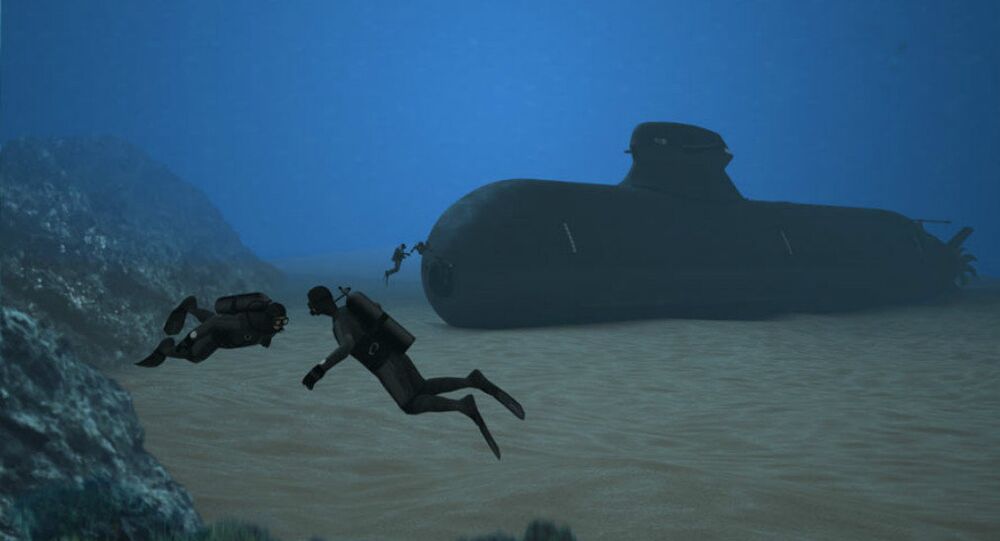 The recently-nationalized Swedish military company Saab has suffered yet another setback in its attempts to sell submarines abroad. Poland, one of the countries Saab had pinned its hopes upon, has initiated closer cooperation with the German Navy. Germany is one of Saab's top competitors in the sale of submarines.

© Wikipedia / U.S. Navy
Friendly Fire: Norway Sinks Swedish Submarine Deal
Saab, which two years ago took over major submarine plants in Karlskrona and Malmö, was commissioned to produce two A26 submarines for the Swedish navy. The government's investment rests on hopes for a close cooperation with other countries in order to share to costs.

However, finding a suitable partner proved more difficult than expected. The first to decline was Australia, which after short negotiations made it clear that Saab would not be involved in its submarine procurement program.

In April, Sweden's neighbor Norway offered with a surprising answer: as submarines are a key component of the country's security policy, Oslo only envisages buying subs from another NATO country. In practice, this has eliminated Saab from the race, limiting the choice to either the German manufacturer ThyssenKrupp or the French sub-maker DCNS.

Since then, Saab's hopes have mainly revolved around the Netherlands and Poland. In both cases, the Swedes started collaborating with local shipbuilders to strengthen their position. The news that Poland preferred the German navy came as a hard blow for the company. Besides setting up a joint German-Polish center for submarine control, ThyssenKrupp has been named the chief candidate supplier of future Polish submarines.

© AFP 2021 / FABRICE COFFRINI
High Hopes: Saab Expands to Brazil, Hopes to Woo Finland
Saab itself chose to tone down its obvious disappointment over the German-Polish cooperation. Saab's press spokesman Sebastian Carlsson told the Swedish newspaper Svenska Dagbladet that the A26 was a submarine built for the conditions found in the Baltic Sea and was therefore "well suited" for Poland. According to him, Poland would receive no benefit from using German submarines, despite the prospects of having a joint command center.

"All countries have different submarine systems and Saab's strength is that we can handle different environments and integrate our solutions everywhere. Besides, Sweden has a close relationship with Poland and we are very much in the game in the same way as before," Sebastian Carlsson told Svenska Dagbladet.

The long-suffering A26 project, has been developed since the beginning of the 1990s. With the end of the Cold War, the naval threat from the Soviet Union disappeared and the new submarine class was deemed unnecessary. After lying dormant for years, new life was sparked into the project in hopes of a Scandinavian collaboration on the navy update. However, Denmark's withdrawal left Sweden on its own. In 2014, the project was cancelled once again because of disagreement between ThyssenKrupp, which owned Sweden's submarine plants, and the Swedish government. Subsequently, all equipment was repossessed by the Swedish government, whereupon the ill-fated project went on.