The USS Zumwalt (DDG-1000), the beloved brainchild of the American military and labeled as the most advanced warship in the world, is surrounded by controversy as many experts doubt the “super-destroyer” has any combatant value at all.

© AP Photo / Robert F. Bukaty
'Zumwalt Sails for the First Time': Monster US Destroyer Heads Out to Sea
On May 20, the US Navy took ownership of the first destroyer that is supposed to head the country’s next-generation fleet. But its combat qualities are questionable, especially in regards to the price/value ratio, many experts agree.

The first time the ship’s expediency was put into question was in 2008 during its construction. Then-Chief of Naval Operations Admiral Gary Roughead claimed that the DDG-1000 would be useless given the warship’s poor navigability, a lack of security capabilities, and the absence of railotrons and lasers.

The destroyer’s ram stem that was designed to “cut the waves” makes the ship look like a US civil war-era armor-plated vessel renowned for poor stability. According to Roughead, the Zumwalt inherited this quality from its historical lookalike.

Lasers and magnetic guns were initially planned to be mounted into the ship, but the US suspended the development of those weapons when the Zumwalt was under construction. Instead the destroyer was equipped with conventional artillery assets and missile systems. 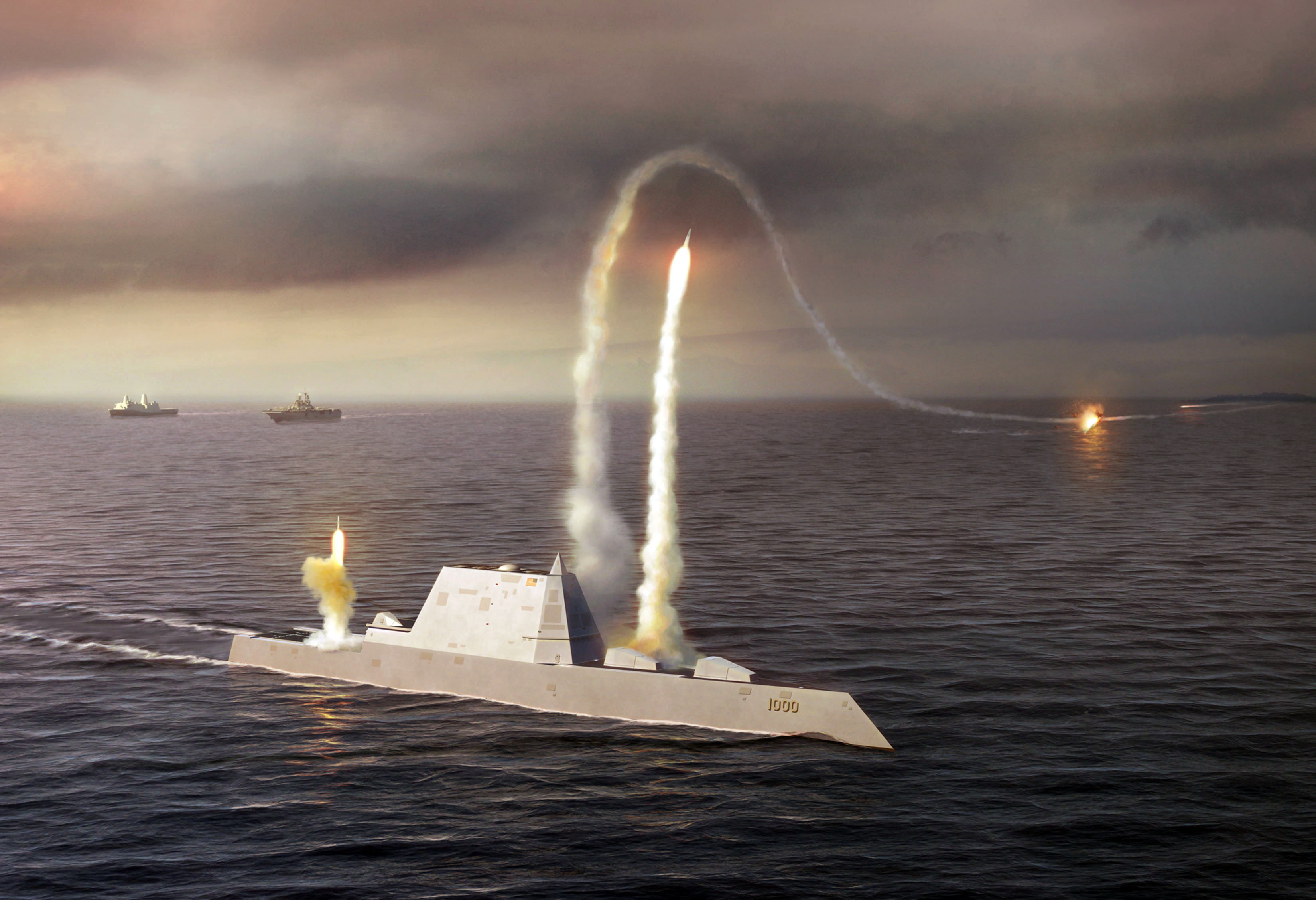 The RIM-162 Evolved SeaSparrow Missile that is mounted in the Zumwalt has a firing range of 50 kilometers and a range of interception of 15 kilometers. This is deemed inadequate for accomplishing tasks of composite air defense, which the 610-foot (186 meters) behemoth was created for.

© Flickr / Stuart Rankin
US Stealth Destroyer USS Zumwalt Conducts Sea Trials (VIDEO)
The “ship of the future” also doesn’t have anti-ship missiles that are a necessary element of these types of vessels. The destroyer can only respond to its enemies with 155mm artillery assets that are powerful, but slow. They make only ten shots a minute.

The USS Zumwalt’s much hyped “unique” capability of being “nearly undetectable to adversaries until it is too late” is also a “tale for fools,” retired colonel and Russian military commentator Viktor Baranets said to Sputnik. Modern space and aerial reconnaissance won’t allow “this giant washtub [to] remain an inconspicuous target on the sea surface," he stated.

Still, the destroyer can avoid detection on the high seas and is largely automated. However, the warship, which American tax payers paid $4.4 billion for, has no special tactical niche in the fleet.

© REUTERS / Maxim Shemetov
'Newly Awakened' Russian Navy Has Pentagon Shaking in Its Boots
“This event with no doubt is a sign of technical progress in the military,” defense observer Viktor Litovkin told RT. “But then the question arises: ‘Whom Americans are going to fight with using this destroyer? With Russia?’ Battling with Russia means exposing oneself to a risk of a nuclear strike. The US won’t go for it. They are likely to use it for intimidating weaker countries. From a pragmatic point of view, the Zumwalt is excessive.”

Litovkin said that Russia is the party that could eventually benefit from the newest US warship, adopting American experience.

“Despite all flaws, the Zumwalt is a step forward,” he stressed. “We are working in this direction too, but we don’t have money for such a costly and risky experiment. We have similar projects and we need to clarify their utility before they are brought to life. In Russia, we try to develop adequate potential to deter adversaries without being dragged into arms race,” he concluded.

Hitting the High Seas: New US Battleship Aims to Sail Next Month