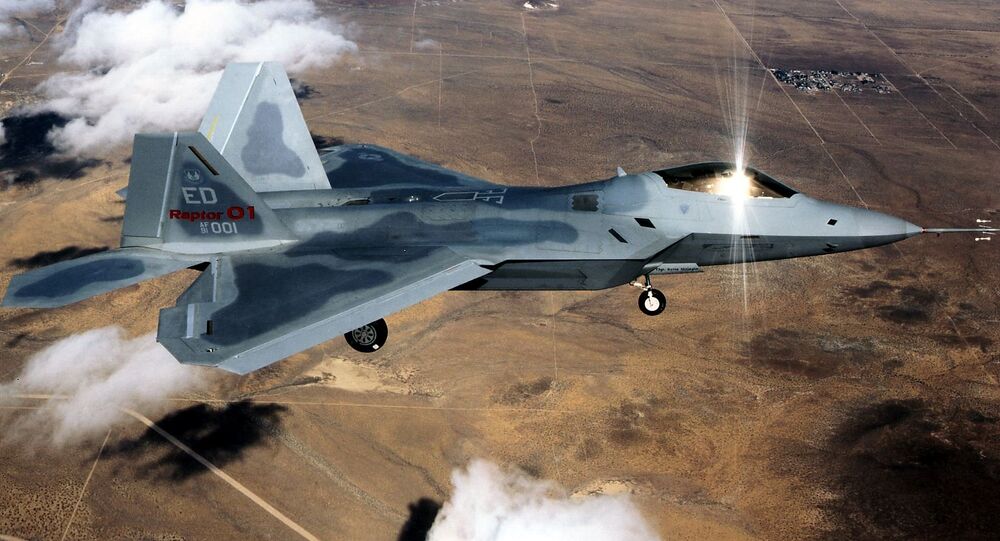 Almost five years after Lockheed Martin shut down production of its F-22 stealth fighter jet, the US House of Representatives announced Tuesday that it would direct the Air Force to look into resuming the assembly line.

© Flickr / Samuel King Jr
US Spends Another $1Bln on More Engines for F-35 Jet - Pentagon
At the direction of then-Defense Secretary Robert Gates, in 2009, the production of F-22 was terminated after producing just 187 aircraft, which was far short of the original requirement of 749 jets, online publication the Defense News reported.

“But in light of the growing perception that the US military is losing its technological edge to adversaries like Russia and China, Congress has expressed keen interest throughout this year’s budget season in restarting the line,” according to the publication.

The subcommittee for combat aircraft and ground troops of the US Armed Forces Committee instructed the Air Force Secretary to analyze the costs associated with the production of at least another 194 aircraft. The report should be submitted to the Committee no later than January 1, 2017.

Earlier, the magazine National Interest reported that the old military aircraft may be far more useful to the United States than the ambitious multi-billion dollar F-35 fighter-bomber.

It was suggested that the most obvious alternative to the US Air Force would be the ‘resurrection’ of the F-22, but to resume full-scale production would be difficult and it would cost a fortune. The main challenge would be the production of computer components for the aircraft, which have not been produced for several years.

US and Russia Begin Race for Sixth-Generation Fighter Jet