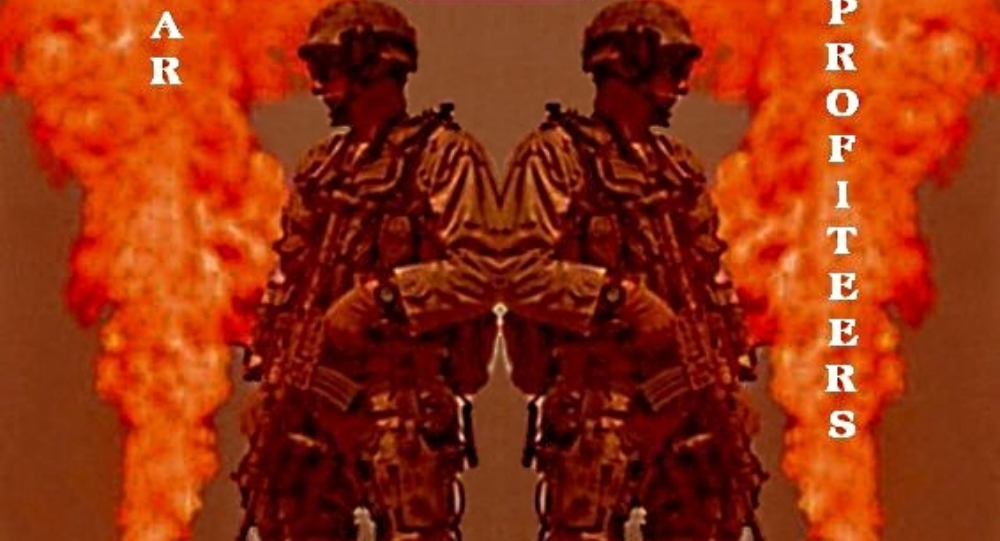 Ex-Bush Official: ‘War is a Racket’ Led by Corporations, Not Security

"War is a Racket," the famous 51-page pamphlet written in 1935 by Major General Smedley Butler, the most highly decorated US Marine of his generation, criticizes the US war machine, noting that the US wages war as much to ensure corporate profit as it does to secure and protect the so-called American way of life.

© REUTERS / Mike Stone
Donald, Defender of the Faith: Trump Calls on US Christians to Unite

On Tuesday, former Chief of Staff to State Colin Powell, Col. Lawrence Wilkerson, stated, without irony, "I think Smedley Butler was onto something."

Wilkerson expanded on his observation. "Was Bill Clinton’s expansion of NATO – after George H.W. Bush and James Baker had assured Gorbachev and then Yeltsin that he wouldn’t go an inch further east – was this for Lockheed Martin, and Raytheon, and Boeing, and others, to increase their network of potential weapons sales?" Wilkerson asked. "You bet it was," he said.

Today, observes Wilkerson, the US military-industrial complex "is much more pernicious than Eisenhower ever thought it would be," pointing to Lockheed Martin’s role in providing arms to repressive Middle Eastern regimes like Saudi Arabia and increasing tensions on the Korean peninsula.

Since the middle of the 20th century, the US military-industrial complex has branched out from simple weapons manufacture to promulgating think tanks and other forms of legal and tax-exempt non-profit organizations that purport to be impartial, writing editorials and policy proposals that support the agenda of the military-industrial infrastructure, and often adopted as policy by Congress and the executive branch.

"Is there a penchant on behalf of the Congress to bless the use of force more often than not because of the constituencies they have and the money they get from the defense contractors?" Wilkerson asked. "You bet."

"In many respects it is now private interests that benefit most from our use of military force, whether it is private security contractors that are still all over Iraq or Afghanistan or it’s the bigger known defense contractors, like Lockheed Martin," he stated.

Wilkerson again quoted Butler: "Looking back on it, I might have given Al Capone a few hints. The best he could do was to operate his racket in three districts. I operated on three continents."

The war racket revealed by US military hero Smedley Butler — himself a kind of proto-whistleblower — continues as strong as ever. Corporate profits and shareholder revenue continue to outweigh most concerns of national security. Defense contractors make very good money making devices that only kill, and that often end up in the hands of terror organizations like Daesh to be turned against Americans, both civilian and those in uniform.

Former Chief of Staff Wilkerson said of America that which is well known but is now spoken of more commonly: "We are the death merchant of the world. We’ve privatized the ultimate public function: war."