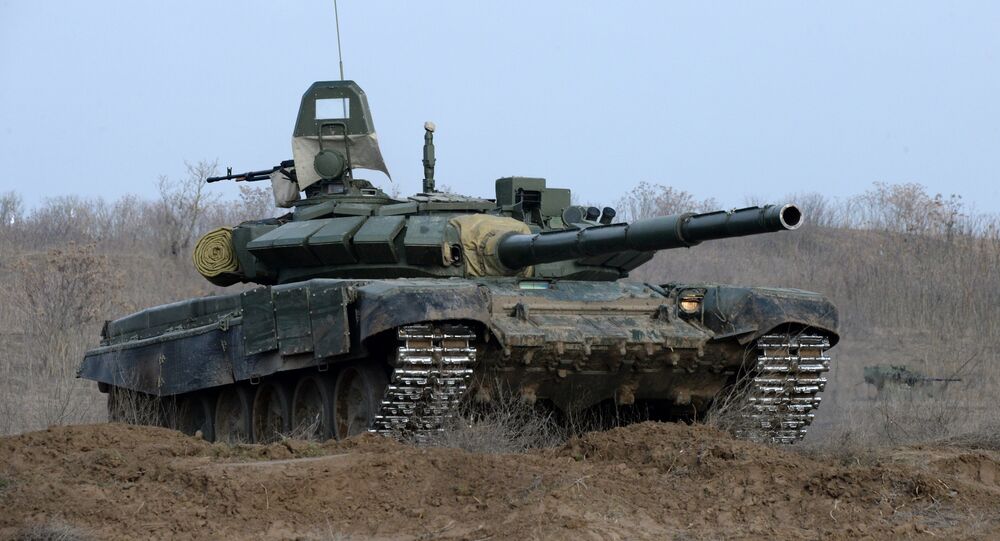 While the world has kept its eyes on Russia’s military successes in Syria Moscow has continued modernization of its military forces with full force.

© Sputnik / Alexei Malgavko
Armored Offensive: Russian-Made T-90 Tank Goes Through Baptism by Fire in Syria
Russia is planning to modernize its 150 T-72 main battle tanks to the T-72B3M version. The upgraded vehicles will be comparable to the more advanced T-90, but with much lower costs.

Currently, there are 500 T-90A and T-90AM tanks in service with the Russian Armed Forces. But the bulk of the Ground Forces rely on the Soviet-era T-72 and its numerous modifications.

In order to upgrade its ground forces, especially during an economic crisis, Russia will modernize its ageing main battle tanks while working on the newest T-14 Armata.

On average, 17 million rubles ($250,000) will be spent on each tank which means that the upgrade is a "relative bargain for the capability the vehicle is expected to deliver," analyst Dave Majumdar noted in his article for The National Interest.

© Sputnik / Eugene Biyatov
Tanks A Lot: Russia's Advanced Armata T-14 'Already in Serial Production'
According to Izvestia, the upgraded machine will be equipped with the 2A46M5 125-mm smoothbore gun as well as the new Sosna-U sighting system paired with the 1A40-4 fire-control system. The tank will also receive a new ballistic computer to increase accuracy.

What is more important, the T-72B3M will be equipped with an independent panoramic sight for the tank’s commander, with its own thermal imaging device.

The tanks will also get the new Relikt explosive reactive armor. It will replace the old Kontakt-5 system and is expected to be two times more effective.

"It’s not clear if the Russians are modifying the vehicle’s passive armor package — but it would make sense it they did. Further, while some sources suggest that the T-73B3M might be equipped with the Arena-E active protection system, it’s not clear that the production variant does," Majumdar wrote.

Furthermore, the upgraded version will be powered with the new V-92S2F engine and deliver 1,130 hp. It will replace the old 780-hp diesel engine. The new engine is paired with an automatic transmission system and improved drivetrain to improve the tank’s mobility.

According to the newspaper, the first shipment of 32 tanks will be delivered to the military in 2016. Currently, the ground forces have over 500 less capable T-72B3s in service.

"Potentially, the new upgrade could be exported to the numerous T-72 operators around the world," the analyst noted.