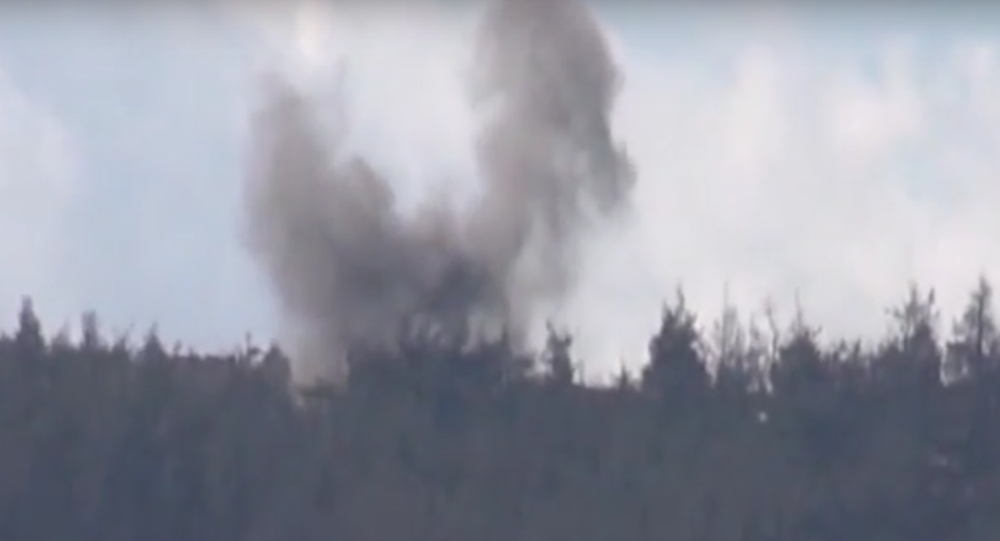 © AFP 2021 / LOUAI BESHARA
When Push Comes to Shove: US Pressures Turkey to Secure Border With Syria
The Russian Defence Ministry expects an explanation from NATO, Pentagon and Turkish Armed Forces on the incident. The correspoding statement was made on Monday by the Ministry's spokesman Igor Konashenkov.

Maj. Gen. Igor Konashenkov demonstrated the video depicting a part of the Syrian-Turkish border during the press-conference.

"This facility is a Turkish border outpost, which did not have any firing points a few months ago," he said.

According to the spokesman, the Ministry of Defense recently received the video footage from the Syrian General Staff which shows "self-propelled heavy artillery weapons deployed at the Turkish outpost in question."

He noted that Syria's army received the the footage from one of the patriotic oppostion groups and stressed the video also illustrates self-propelled artillery weapons shelling the territory of the Syrian Arab Republic and, in particular, civilian areas at the border.

"This is called fact. This is irrefutable proof that the Turkish Armed Forces are shelling settlements on the Syrian border from heavy artillery systems," Konashenkov said.

"Those who warn us of consequences <…> should think first of the trap they themselves are being pulled into by the Turkish partners," the general said.

On Saturday, Ankara accused a Russian Su-34 fighter jet of violating Turkish airspace. However, Turkey has not provided Moscow with any evidence supporting the claim. Konashenkov noted that "despite numerous claims by Turkish officials, no factual data has been handed over through diplomatic or any other channels to anybody."