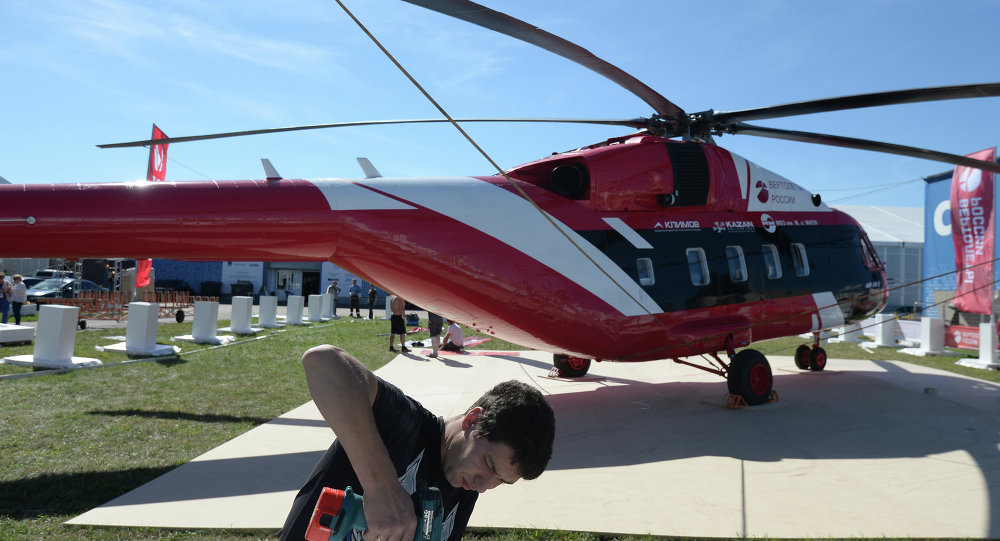 Russia has successfully completed testing of the newest multi-purpose Mi-38 helicopter. The Federal Air Transport Agency has issued a certificate of compliance with the requirements of the Mi-38 aircraft standards. This means that the helicopter will launch into production in 2016.

© Sputnik / Russian Defence Ministry
Sky is Not the Limit: Inside Look Into Russia’s Long-Range Aviation
The new helicopter only looks like its precursor in its shape. The inside of the helicopter is an entirely new technological advancement of our time.

The cabin is fully glazed and instead of switch devices it has electronic monitors. The pilots call the cockpit a ‘computer’ and mechanical equipment has been left behind altogether.

The aerodynamic design saves fuel and allows the helicopter to rise up to three thousand meters within just six minutes. The Mi-38 already has several world records. This is the only helicopter in the world that is able to reach heights that were only possible to be reached by aircrafts before.

In 2005, the production plant called Mil received a proposal from European and US-Canadian companies to create a joint project. But the US State Department banned the supply of the engines that were needed.

Hence, the helicopter Mi-38 was a completely domestic development. However, this helicopter is several times cheaper than its foreign competitors.

The Mi-38 was originally developed as a civilian helicopter. But, according to engineers, it is almost 100% composed of domestic components, so in the future, the helicopter can be used in service of the Aerospace Forces of Russia.