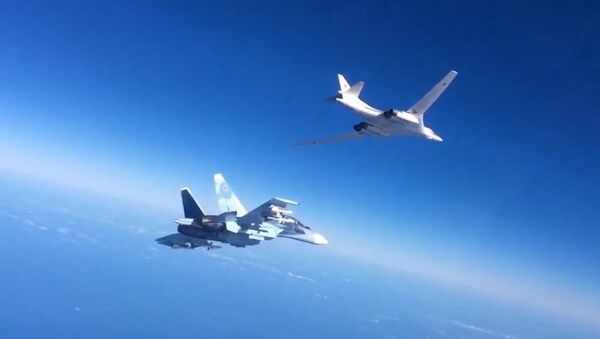 Russia’s long-range aviation division is considered to have been created on December 23, 1914, when Emperor Nicholas II approved the formation of a squadron of aircraft named ‘Ilya Muromets’ (Igor Sikorsky design).

Today long-range aviation is an integral part of the Russian Air Force which is directly involved in maintaining the nuclear parity. 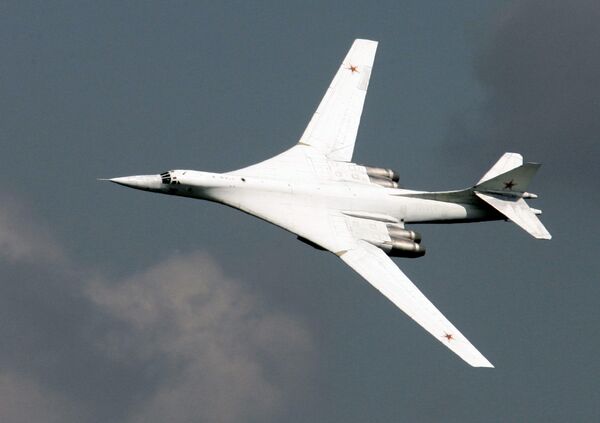 The Kh-101 missile is capable of striking targets located at a distance of 4.5 — 5.5 thousand kilometers. Surprisingly, the deviation if any, from the target even at this distance will not surpass more than 10 meters!

The long-range aviation fleet has confirmed its readiness during the air operation aimed at destroying Daesh (Islamic State) terrorist facilities in Syria. The most unique was the flight at 13 thousand kilometers, carried out by a group of three Tu-160 missile carriers and four Il-78 tankers.

After taking off from the ‘Olenya’ operational airfield in the Murmansk region, these aircraft flew over Scandinavia, the United Kingdom, through the Straits of Gibraltar and then over the Mediterranean Sea from west to east after which they struck the targets of Daesh.

According to the Deputy Commander Major General Alexander Konovalov, the strategic missile carriers Tu-160 and Tu-95MS use missiles to hit the targets, whereas, the long-range supersonic bomber Tu-22MZ hits precision targets using bombs. 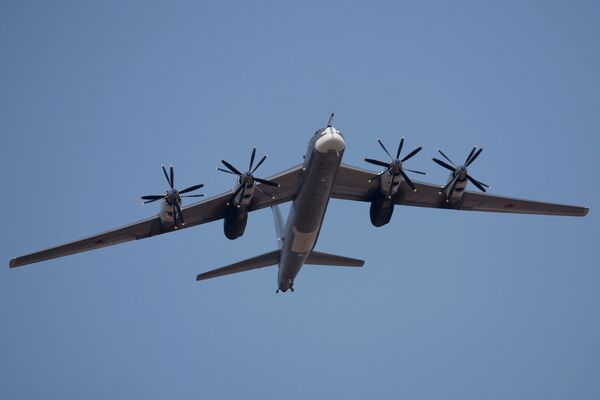 In general, the long-range aviation in the year of its 101th anniversary managed to perform a number of tasks. Flight crews participated in all major exercises, including strategic ones such as the ‘Center-2015’ and ‘Combat Commonwealth-2015’.

During the “Aviadarts 2015” contest the long-range aircraft bombed both predefined targets with known coordinates, and objects whose information they received in-flight.

Russia's Newest Weapons Used in Syria for the First Time (VIDEO)
The aircraft also continue to patrol the neutral waters of the Arctic, Pacific and Atlantic Oceans, including the Baltic and Black Seas.

Russia’s prospective complex of distant aviation (PAK DA), is a proposed next-generation strategic bomber which will carry out its first flight in 2020-2021 and four years later it will be delivered to the army.

The PAK DA will be a unique project in the history of Russian aviation since it will be a "flying wing" aircraft, a design never used before by Russian engineers. The large wingspan and design features will provide the jet with reduced visibility to radar.

“This is a fundamentally new plane with a new sighting and navigation system” stressed the Long-Range Aviation Commander Lieutenant-General Anatoly Zhiharev. “This plane will be equipped with the latest communication systems and electronic warfare, and will have little visibility to radar.”

The General noted that the work on the new long-range aviation aircraft will be completed by 2023, as it will also coincide with the implementation of a number of important research and development initiatives in the field of military aircraft and other weapons systems including modernizing the Tu-160M2.

Representative of the concern “Radio-electronic technology,” Vladimir Mikheyev, said that the new modification of the strategic missile is based on the principle of integrated modular avionics, allowing components to replace the on-board electronics and restore each other.

“Every electronic unit will be able, if necessary, with other matters, such as complex electronic warfare to assume the functions of control,” said Vladimir Mikheev. “That is, if any computer is out of order, the system will switch to other resources of the aircraft.”

In addition, the TU-160M2 will be able to set a course without the help of satellite signals. This will be possible thanks to the inertial navigation system, which will determine the course and speed of the aircraft due to the high-precision data acquisition devices — laser gyroscopes and quartz accelerometers.”

The advanced aviation, including the PAK DA will be able to use the existing weapons as well as extended range.

The work on creating the PAK DA was launched in 2009. The military intended to receive a single type of long-range bomber to replace the current Tu-160, Tu-95MS and Tu-22M3.