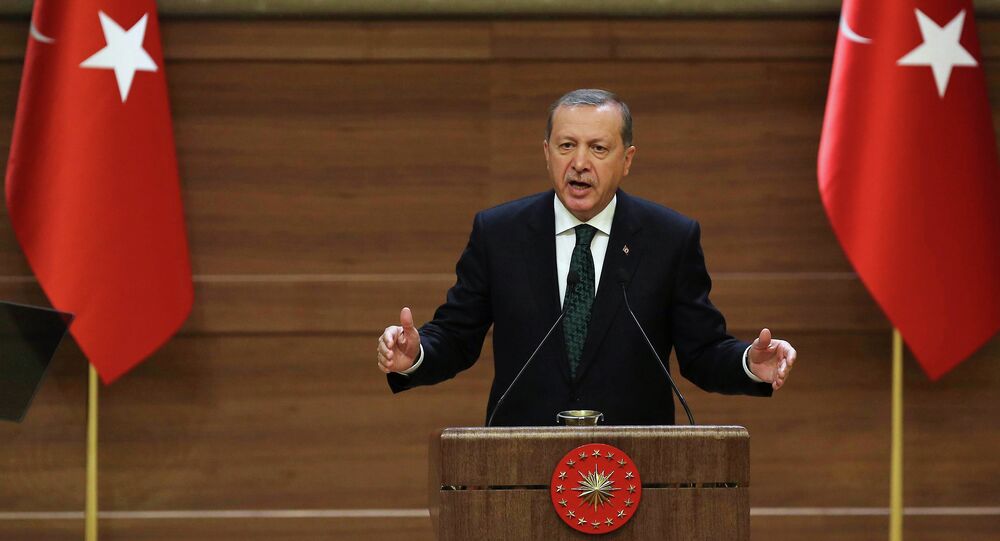 Turkey has cited airspace violations as its justification for shooting down a Russian Su-24 bomber on Tuesday. But only three years ago, Turkish President Recep Tayyip Erdogan specifically stated that such actions should "never be a pretext for an attack."

In response to the downing of a Russian bomber by Turkish fighter jets on Tuesday, President Recep Tayyip Erdogan insisted that the military’s actions were justified.

Yet, three years ago, Erdogan had somewhat different thoughts on the matter.

In 2012, Ankara accused Syria of shooting down a Turkish F-4 Phantom. That plane crash-landed in the Mediterranean after veering into Syrian airspace. In response, an outraged Erdogan lambasted the Syrian military for acting in haste.

"A short-term border violation can never be a pretext for an attack," he told Parliament at the time.

The Russian Ministry of Defense released video earlier on Tuesday which proves the Russian aircraft never entered Turkish airspace. But even if we take Ankara at its word, a leaked letter to the United Nations Security Council reveals that Turkish authorities justified their actions based on a 17-second airspace violation.

These incidents have increased dramatically since 2013, and in 2014, alone, Turkey entered Greek airspace a total of 1,017 times.

The Russian Su-24M Fencer bomber was shot down Tuesday morning while conducting legitimate operations over Syria, where Moscow has been targeting the self-proclaimed Islamic State terrorist group.

The two pilots ejected, and while the fate of one remains unclear, Russian officials confirm that the other was killed by ground fire from local militant groups.