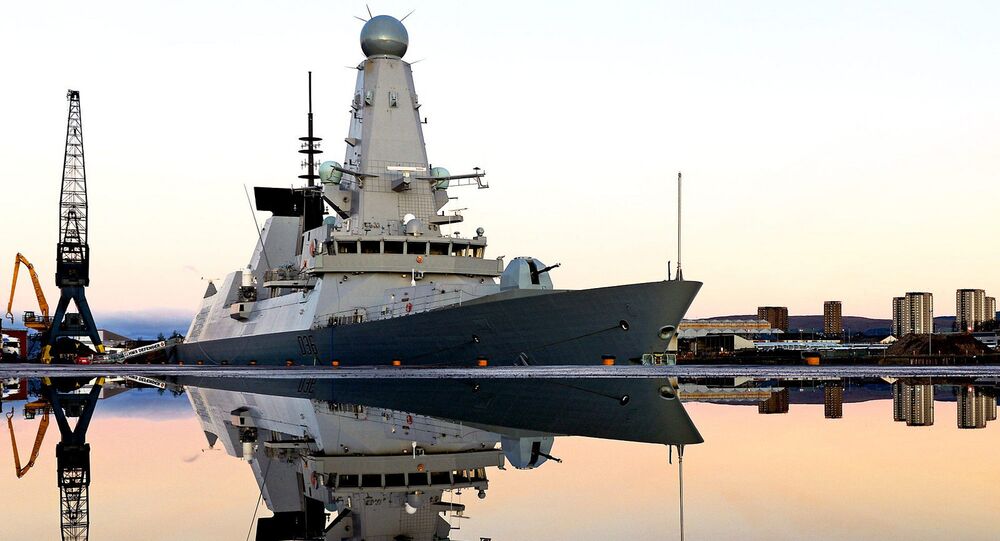 The United Kingdom will send a Royal Navy warship, the HMS Defender, to back France in its anti-ISIL efforts in Syria, Defense Secretary Michael Fallon said on Wednesday.

The ship is tasked with providing air defense cover for the Charles de Gaulle aircraft carrier.

© REUTERS / Jean-Paul Pelissier
French Navy crew members walk on the docks in front of the French nuclear-powered aircraft carrier Charles de Gaulle before its departure from the naval base of Toulon, France, November 18, 2015

"This barbaric terrorist organization must be destroyed and it's right that we offer all the support we can to confront them," Fallon affirmed. "We will consider any further requests for support from France under Article 42.7 of the EU Treaty following Friday's Paris terror attacks."

Russia will continue to fight terrorism. All civilised countries should join forces in this fight #Medvedev

© REUTERS / Jean-Paul Pelissier
Russian Warships Could Provide Combat Cover for French Aircraft Carrier
On Wednesday, Francois Hollande called for creating a broad anti-ISIL coalition, which would see Russia, the US and other countries joining forces to "deliver a decisive blow" to the terrorism organization.

Belgium also plans to deploy a warship to the Mediterranean to support Charles de Gaulle. A Belgian frigate, the Leopold I, will provide combat cover for the French aircraft carrier, Defense Minister Steven Vandeput said.

The French aircraft carrier is heading to the coast of Syria or Lebanon to assist French forces already engaged in anti-ISIL fight.

Earlier, Vladimir Putin and Francois Hollande agreed to ensure military and intelligence cooperation between Russia and France in their counterterrorism efforts in Syria. The Russian leader ordered the Moskva missile cruiser to establish contact with the Charles de Gaulle as soon as its reaches its destination to coordinate joint counterterrorism efforts at sea and in the air.