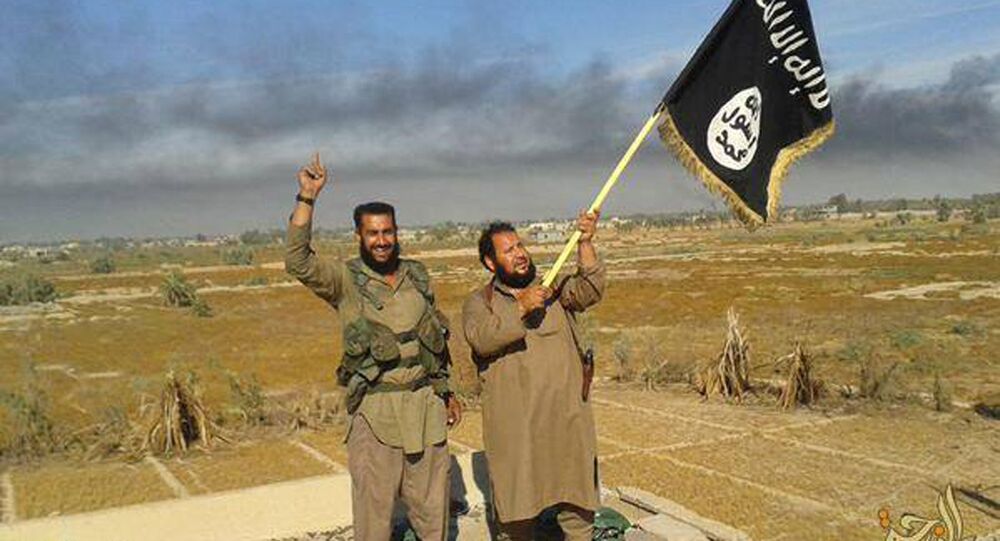 The United States does not have enough knowledge of the Islamic State’s illegal trade in oil or about the shell companies it uses to hide the transactions, former assistant US Attorney General and former Treasury Undersecretary for Enforcement Jimmy Gurulé told RIA Novosti.

WASHINGTON (Sputnik) — According to recent estimates, the Islamic State is now generating approximately 50,000 barrels of oil per day in the territories it controls in Syria and Iraq, Gurulé continued.

"[T]he US government does not have a comprehensive or good understanding of the methods being by [the Islamic State] to sell the oil and to move the oil globally for sale on the black market," Gurulé said.

Gurulé noted the Islamic State is also operating a successful and sophisticated financial strategy by using fake companies to obscure its sale revenues.

Earlier this week, a US Treasury Department spokesperson told Sputnik that the Islamic State has made about $40 million in one month from the sale of oil, generating close to $500 million annually.

"I think [the Islamic State] remains the most-well-funded terrorist organization in history, and I don’t think that the US efforts, including its cooperative efforts with Saudi Arabia, have been effective in undermining, diminishing its ability to finance its terrorist-related activities," Gurulé added.

Moreover, Turkey is failing to adequately crack down on the secret oil traffic moving through its territories, Gurulé maintained.

"There are certainly concerns that Turkey could be and should be doing more to clamp down on the movement of these oil tanker trucks across their border," he pointed out.

Last week, the US Department of State offered a $5 million reward for information regarding how the Islamic State is able to sell oil on the black market.

"It’s been stated that ISIS [Islamic State] is subtly using intermediaries, could be using criminal networks, to move the oil," Gurulé commented.

However, the specifics of the companies and other intermediaries involved in the process remained unclear, the expert admitted.

"I do believe that the oil in large part is being moved by tanker trucks and the tanker trucks are moving the oil, at least substantial portions of the oil, across the Syria-Turkey border," Gurulé observed.

The US government has tried to get the Turkish government to enhance its scrutiny of these types of vehicles crossing the border, Gurulé concluded.