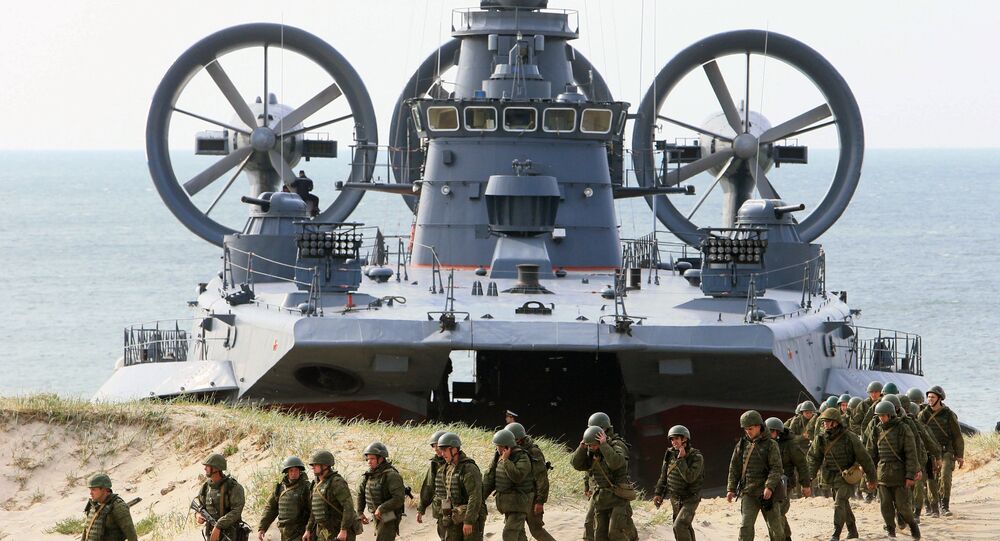 Russia's military capabilities are so impressive that they have left the commanding general of US Army in Europe extremely worried.

"The ability [of Russians] to move a lot of forces very quickly is the thing that worries me the most about what they can do. The lack of indicators and warning that we have and their ability to move a lot of stuff real fast – that's not a good combination," Lt. Gen. Ben Hodges told Defense News.

Hodges also mentioned area and access denial capabilities that Russia has in Kaliningrad and Crimea. According to the US general, Moscow is quite capable of denying access to the Baltic Sea and the Black Sea if it wants to.

© Sputnik / Maxim Blinov
US Army Europe Commander 'Astonished' by Russian Anti-ISIL Syria Campaign
"Then they have the ability to create sort of a bubble over a quarter of the Mediterranean with the air defense systems that they have put into Syria," the general added.

Hodges maintains that Russia's growing military capabilities and its aerial operation in Syria are "certainly not an action of a nation that wants to be a responsible partner in the global community." One could only wonder what the general would say about the US who has incomparably more bases around the world and has ongoing military engagements in at least two countries.

Hodges also omitted the issue of legitimacy. Moscow's aerial campaign in Syria was authorized by President Bashar al-Assad, while Washington has not received permission to operate in the war-torn country.