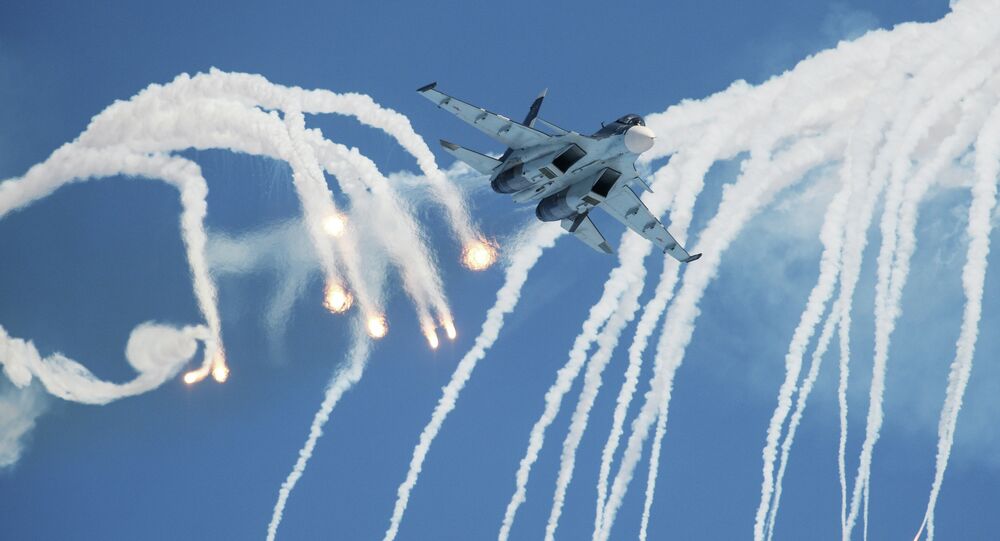 Su-30SM fighters, which are part of Russia’s anti-ISIL campaign in Syria, are armed with R-73 short-range and R-27R medium-to-long-range air-to-air missiles, representatives of the Russian Air Force told journalists at the Hmeymim airbase in Latakia.

The Russian airstrike group in Syria includes Sukhoi Su-24s, Su-25s and Su-34s, as well as several Su-30SM fighters. The main objective of these fighter jets is to protect Russian bombers, striking ISIL positions in the air, from possible enemy fighters.

For this purpose the Sukhoi fighter jets are armed with R-73 and R-27R (and its modification R-27ER) air-to-air missiles. Each plane can carry 12 of these deadly missiles, but usually Russian fighters carry six of them for greater maneuverability.

The R-73 short-range air-to-air missiles are designed for close-range aerial combat, with a range of no more than 30 kilometers. The R-73 missile is equipped with an infrared-homing (heat-seeking) head that provides extreme precision when hitting targets. Pilots can fire R-73 missiles using a helmet-mounted sight (HMS) system of targeting.

In addition to the short-range missiles, Su-30SM flankers are equipped with R-27R and R-27ER medium-to-long-range missiles. The R-27R and R-27ER missiles can be used between 20 and 27,000 meters altitude and are equipped with an active-radar-homing head that allows the missile to find and track its targets autonomously. Active-radar-homing missiles are extremely accurate and have one of the best kill probabilities among all modern air-to-air missiles.

Russia launched an airstrike campaign aimed at assisting the Damascus-led forces in their fight against extremist groups in Syria, including Islamic State, following a request from the government of Bashar al-Assad.