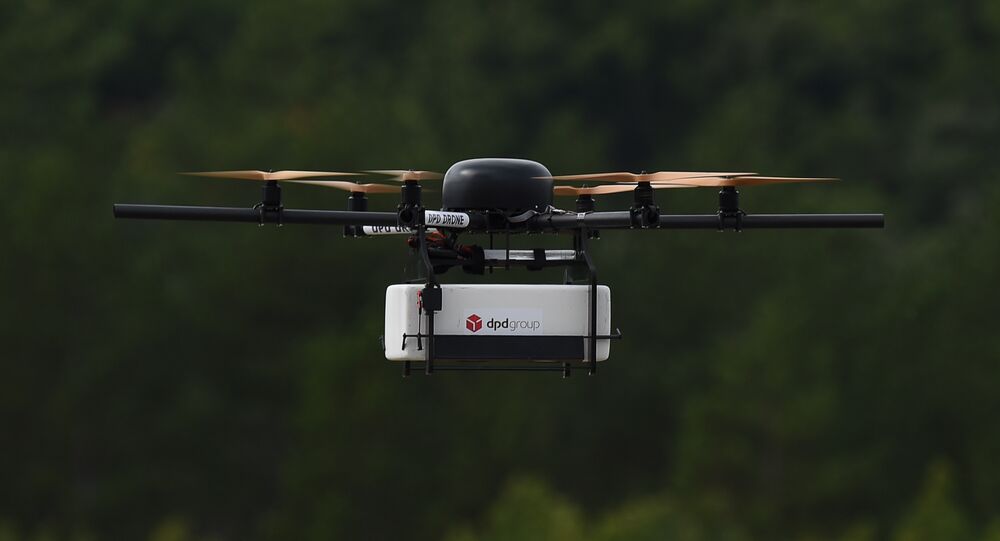 The US military is allegedly going to create drones that dissolve after a half-hour in daylight or disappear within four hours of payload delivery.

© Flickr / David Rodriguez Martin
Pentagon Aims to Create Disappearing Delivery Drones
The risk of drones delivering medical supplies falling into the hands of the enemy is very high, so the Pentagon has reportedly found a solution and urged for developing new UAVs able to vanish in the sun.

A new project, financed by The Defense Advanced Research Projects Agency (DARPA) is believed to construct drones that can "fully vanish within four hours of payload delivery or within 30 minutes of morning civil twilight (assuming a night drop), whichever is earlier."

The Inbound, Controlled, Air-Releasable, Unrecoverable Systems (ICARUS) project was named after the boy in Greek mythology who approached too close to the sun causing his feather and wax wings to melt. However, nowadays the missions will be much easier to accomplish: the US military doesn't expect drones to return so they will only be one-way trips.

"End results of ICARUS will be a drone that vanishes within 4 hrs of delivery" http://t.co/HoIdI2zMD8 @AthertonKD pic.twitter.com/ybPmQ8KCl7

The project is expected to receive up to $8 million, enough funding for two years.

According to DARPA, it is out for "proposals for the design and prototyping of vanishing air delivery vehicles capable of precise, gentle drops of small payloads."

The idea is to develop an aircraft capable of saving time by delivering packages to remote areas, operations that often require secrecy.

DefenseOne reported that the goal of making such advanced drones that can vanish in a smoke cloud is boosted by another similar project in the agency called Vanishing Programmable Resources (Vapr) which is working to make gas out of polymers from a solid form.

When the drone disappears, its wreckage must all dissolve as well and not exceed a grain of sand, DARPA says.