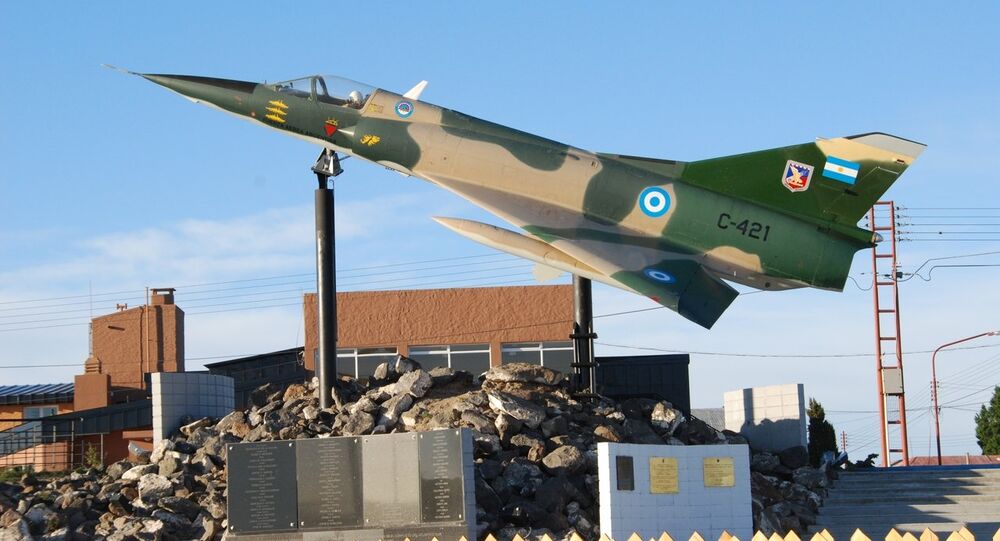 Argentina’s Air Force To Be Left Without Jet Fighters

By the end of November 2015, Argentina’s Air Force will retire its fleet of Mirage fighters, according to the local web portal El Eco; the nation’s air defense will then be mostly entrusted to domestically-produced FMA IA-63 Pampa training and combat aircraft.

The announcement of the cancellation of the last fighter flight was made on August 13, 2015 during the celebration of the 103rd anniversary of the Argentine Air Force’s Tandil Airbase, the home base of the country’s 6th Aviation Brigade, which is equipped with Mirage fighters.

© Photo : Rostec
Cooperation With Russia 'Huge' Chance for Latin America to Boost High-Tech
“According to our Commander Mario Miguel Calleja, our favorite Mirage will fly up to the end of November and we are waiting for the new system and new technologies that can replace it,” the website quotes the commander of Tandil Airbase, Major Pedro Esteban Girardi, as saying. A decision to buy new fighters is still pending.

The Mirage has served as part of the Argentine Air Force for 40 years, having operated a total of 131,000 hours.

However, the actual total number of fighters in flying condition is no more than seven or eight aircraft. Others suffer from physical deterioration or lack necessary spare parts (during the opening ceremony on August 13, only six fighters of all types made it into the air).

After the decommissioning of the Mirage fighter aircraft, the country’s Air Force will be left with only 32 A-4AR Fightinghawk (a modified version of the US-produced A-4M Skyhawk attack aircraft), which are also experiencing an acute shortage of spare parts, and 19 Argentinian-made IA-63 Pampa.

© AFP 2020 / FRANCK FIFE
Argentina to Maintain Equality Principle in Social Policy Development
In addition, Argentina has a naval aviation fleet consisting of 11 supersonic French-made Etendard fighter-bombers, but these machines, like the Mirages and the Skyhawks, are veterans of the 1982 Falklands War with Great Britain. They are quite old; no more than 5-6 are combat-ready.

The reduced capacity of the Argentine air force is due to an acute financial crisis. According to bmpd blog, by August the Argentine Air Force’s debts to suppliers had reached 54 million dollars, of which 21.6 million was owed for the supply of aviation fuel to the state oil and gas company YPF.

On August 11, the Air Force command of Argentina signed a decree on the introduction of austerity measures, including limiting the consumption of fuel, electricity and food. Some staff members were also sent on unpaid leave. For the remaining staff, the working week will be reduced from 40 to 15 hours. The maintenance of all aircraft in non-flight condition is to be halted.

These plans are also seem to get halted due to lack of means.

The plans to purchase Swedish Gripen fighter have been blocked by the UK, which  produces components for the aircraft and did not allow the transaction.