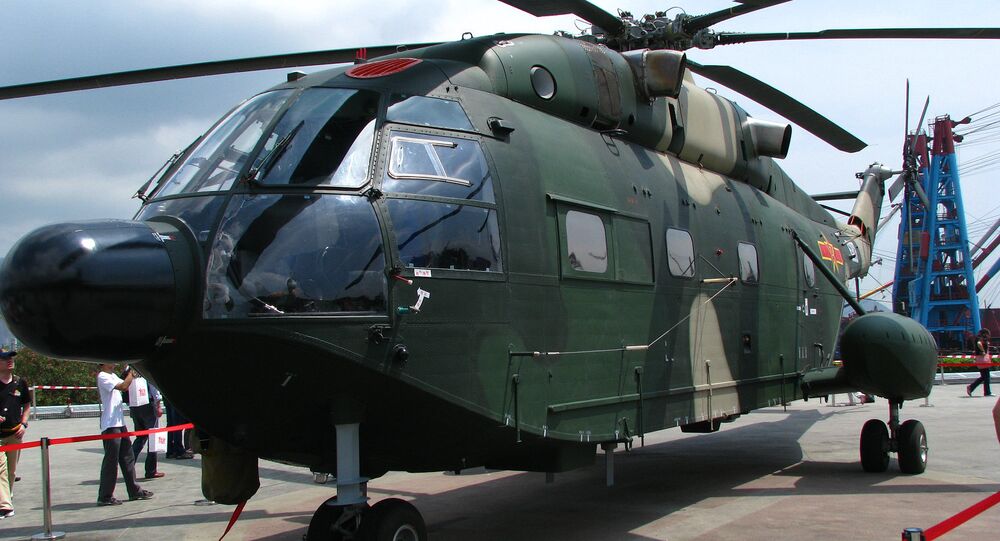 Goldstein focused on two new helicopters with ASW components: the antisubmarine version of the Z-8 rotorcraft dubbed the Z-18F and the Z-20 which is often compared to the US-made Sikorsky UH-60 Black Hawk.

The Changhe Z-18F and the Harbin Z-20 "are in the pipeline and may well even enjoy prioritized development," the analyst noted, adding that "fixed-wing and rotary-wing aircraft make for highly potent ASW platforms because of their speed, range, search rate and near invulnerability to submarine-launched weapons."

A total of six Z-18Fs are rumored to be delivered to China's first aircraft carrier Liaoning. The Type 055 destroyers currently in development for the Chinese Navy are expected to be fitted with a pair of these helicopters.

"Even if the Z-18F can shoulder much of the ASW burden for China's emerging carrier task groups, there still arises a definite need for a sturdy all-purpose helicopter than can fly off the decks of China's expanding fleet of modern frigates and medium-sized destroyers (Type 052 variants)," Goldstein observed in an article titled "A Frightening Thought: China Erodes America's Submarine Advantage."

Image of Z 20 Chines Helicopter,Pakistan is interested to purchase. pic.twitter.com/PCK2Wd7pL7

This is where the Z-20 will come in handy. The helicopter made its maiden flight in late December 2013 and is believed to have entered the testing stage. Earlier this year, the Want China Times media outlet cited Chinese military analyst Li Xiaojian as saying that the Z-20 would go into production in 2018.

Beijing's other initiatives to boost its ASW capabilities include the Gaoxin-6 maritime patrol planes and its efforts to build world's largest sea plane. Goldstein also believes that China is likely to add drones to its ASW arsenal.