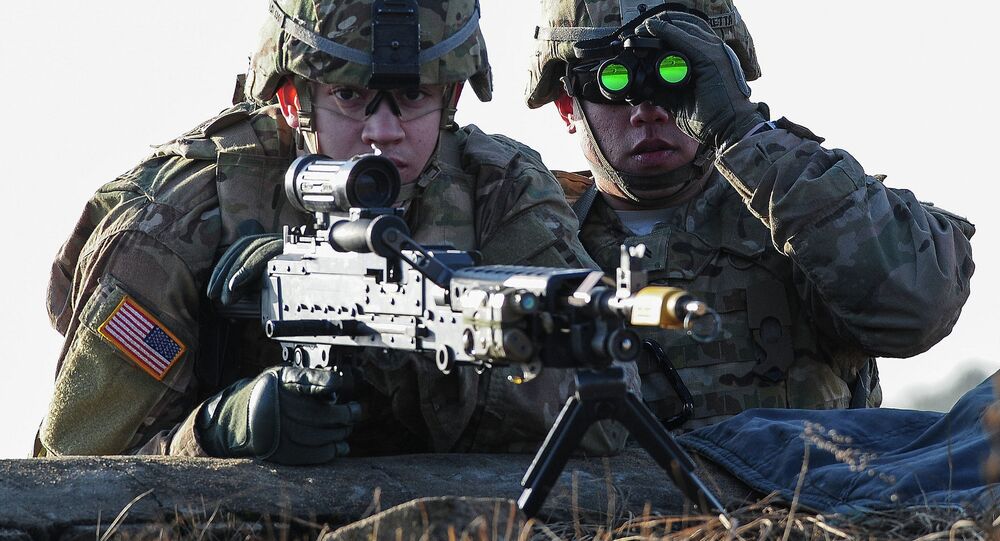 US Chief of Staff General Ray Odierno warns that the US Army has been slashed in size so much by budget cuts that it is dangerously close to being too small to deal with potential threats.

WASHINGTON (Sputnik) — The US Army has been slashed in size so much by budget cuts that it is dangerously close to being too small to deal with potential threats, Chief of Staff General Ray Odierno warned in an interview published in the Army Times.

"If we get small enough where some of these [world] leaders don't believe the Army can respond or deter them… that increases the threats and danger to the United States,” Odierno said in an interview published on Tuesday.

“I don't know what that level is, but I think we're getting dangerously close to that level now,” he stated.

Since 2012, the US Army has cut 80,000 soldiers and shut down 13 brigade combat teams, including two in Germany and one in South Korea, to reach an end-strength of 490,000, according to the Army Times.

© AP Photo / Czarek Sokolowski
NATO Braces for Possible Military Conflict With Russia - Think-Tank
The US Army is now scheduled to cut another 40,000 soldiers for an end-strength of 450,000 by the end of fiscal year 2018.

An additional 30,000 soldiers could be forced to go if automatic sequestration cuts return in Fiscal Year 2016, which begins on October 1, 2015.

“There are a lot of things boiling in a lot of different places,” Odierno said. “What you don't know is when something boils over. You have to have the capability to respond, and that's the issue.”

More than 177,000 soldiers were deployed, forward stationed or assigned to more than 150 countries on at least five of the world's continents at the end of July 2015, the Army Times noted.

Odierno retires on Friday after four years as US Army Chief of Staff, and will be succeeded by General Mark Milley.