China has confirmed that it is building a unique aircraft carrier, and that it may even be nuclear-powered.

On Thursday, huanqiu.com, the Chinese-language version of local Global Times, published an internal document of the China Shipbuilding Industry Corporation. The report states that the company’s “priority missions” are to build nuclear submarines and an aircraft carrier. It also mentions that progress on these projects has been steady. 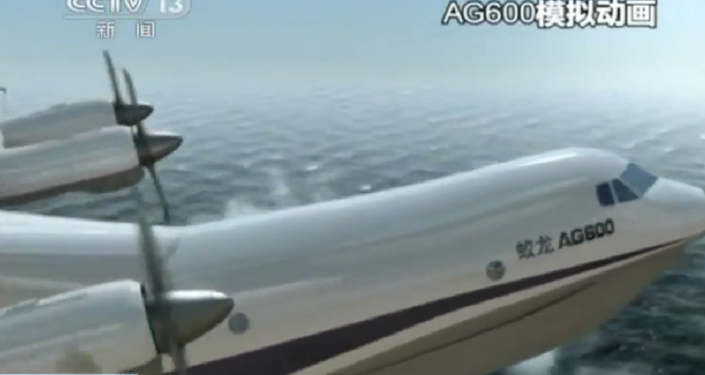 © Photo : Photo, Youtube/ hkeecco
Growing Influence: China Assembling World’s Largest Amphibious Aircraft
“The priority missions of building the aircraft carrier and nuclear-submarines have been carried out smoothly and with outstanding results,” the document states, according to a translation provided by Taiwanese media outlets.

The Taiwanese reports go on to say that the document suggests that China’s first homegrown aircraft carrier may be nuclear-powered.

Similarly, in January 2014 media reports in China quoted Liaoning party Chief Wang Min as saying that work on China’s second aircraft carrier had begun in the city of Dalian, and Beijing is ultimately expected to build four aircraft carriers. These reports, however, were quickly removed by China’s censors.

The US Department of Defense assessing Chinese military power noted that, “China continues to pursue an indigenous aircraft carrier program and could build multiple aircraft carriers over the next 15 years.”

Assuming it remains online, the Global Times’ publication of the internal CSIC document is therefore the closest confirmation that China is currently building a homegrown aircraft carrier.