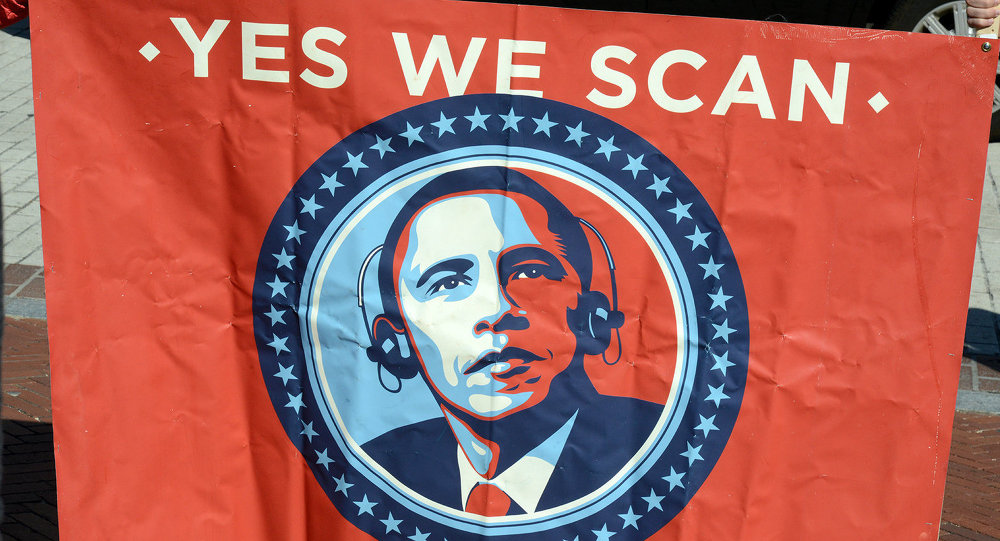 A US court has ruled that the National Security Agency can temporarily restart their once-secret bulk data collection program after the law it was based on expired on June 1st.

The Foreign Intelligence Surveillance Court has allowed the NSA to resume its bulk collection of phone metadata after the expiration of the Patriot Act at the start of the month. Section 215 of that act had formed the basis for the collection of phone call metadata — the numbers, times and locations of calls, but not the content of conversations.

Congress passed the USA Freedom Act June 2, which eliminated the basis for the bulk collection program and said that the expired Section 215 could not be used for phone record collection after more than six months.

"This application presents the question whether the recently-enacted USA Freedom Act… ended the bulk collection of telephone metadata," the June 29 ruling states. "The short answer is yes. But in doing so, Congress deliberately carved out a 180-day period following the date of enactment in which such collection was specifically authorized. For this reason, the Court approves the application in this case."

However, the American Civil Liberties Union has said it will seek an injunction from the United States Court of Appeals for the Second Circuit. That court had ruled in May that the surveillance program was illegal, even when Section 215 was in force.

"Second Circuit rulings are not binding on the FISC, and this Court respectfully disagrees with that Court's analysis, especially in view of the intervening enactment of the USA FREEDOM Act," the ruling said.

The transition period is intended to allow the migration to a new system under which user data is kept by the phone companies, not the NSA. The NSA would still be able to access them, but would have to obtain a warrant and show probable cause.

However, the USA Freedom Act doesn't actually include language authorizing the bulk collection during the supposed transition period, so, taken together with the contradictory rulings there is some dispute over the legality of the bulk surveillance grace period.

Critics point to the unexpected congressional deadlock over the reauthorization of the bill for creating the odd situation of reviving a program already headed for the chopping block instead of just smoothly phasing it out.

"[Senate Majority Leader Mitch] McConnell’s gamble on a clean reauthorization of [parts of the Patriot Act] without reform and his further attempts to weaken the privacy protections contained in the USA Freedom Act has caused this ridiculous situation in which the bulk metadata program is being reanimated in order to be shut down for good," Amie Stepanovich, an attorney with the digital-rights group Access, told The Guardian.

When the Second Circuit ruled previously that the program was illegal, it did not seek an injunction, deciding it was better to wait and see what Congress would do as the Patriot Act expired.

The ACLU now says it will be asking for that injunction, in light of the reboot of bulk metadata collection.

"Neither the statute nor the Constitution permits the government to subject millions of innocent people to this kind of intrusive surveillance," ACLU lawyer Jameel Jaffer told the New York Times. "We intend to ask the court to prohibit the surveillance and to order the N.S.A to purge the records it’s already collected."

Sen. Ron Wyden (D-Ore.) has been one of the most outspoken critics of the bulk metadata program.

"I see no reason for the Executive Branch to restart bulk collection, even for a few months," Wyden said in a statement. "This illegal dragnet surveillance violated Americans' rights for fourteen years without making our country any safer. It is disappointing that the administration is seeking to resurrect this unnecessary and invasive program after it has already been shut down."

Judge Mosman's ruling maintains that, since Congress passed the USA Freedom Act while fully aware of how the bulk collection program was operating, the law implicitly authorizes that collection to continue during the 180-day period mentioned.

"Congress could have prohibited bulk data collection" effective immediately, he wrote. "Instead, after lengthy public debate, and with crystal-clear knowledge of the fact of ongoing bulk collection of call detail records," it decided to stipulate a 180-day transitional period during which bulk collection could continue, Mosman wrote.

Justice Department Spokesperson Wyn Hornbuckle said in a statement that the Obama White House agrees with this latest ruling.