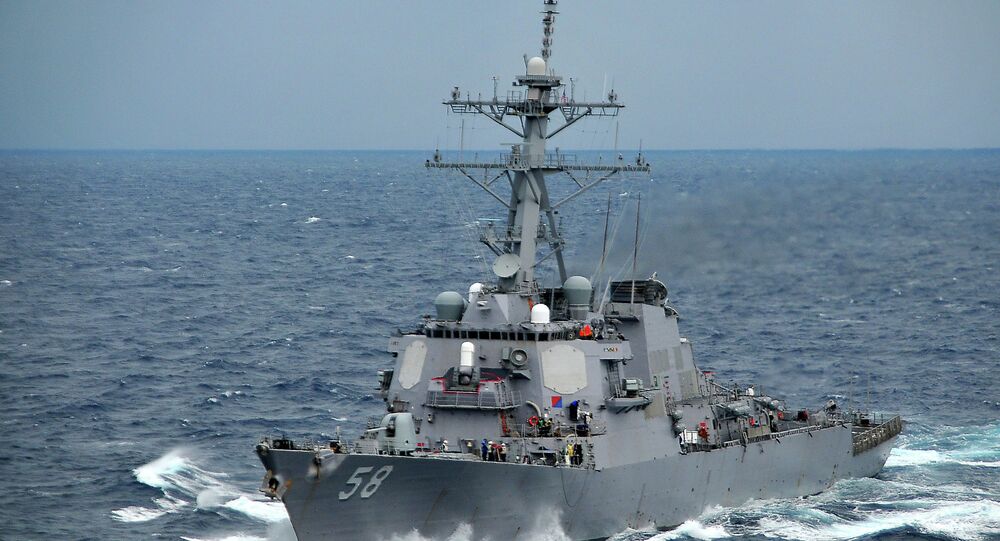 The US Navy destroyer USS Laboon is expected to enter the Black Sea on Sunday, the US Naval Forces Europe-Africa/US Sixth Fleet press service said.

MOSCOW (Sputnik) — The Arleigh-Burke class destroyer will enter the sea in support of the so-called Operation Atlantic Resolve designed to reassure US allies of Washington's support amid tensions with Russia over Moscow's alleged interference in Ukraine's internal affairs.

“Building capability and interoperability within the NATO alliance and with our partners is critical to ensuring a safe and prosperous Europe. We remain committed to operating in the Black Sea, and I look forward to hearing positive reports of USS Laboon’s professional and meaningful interactions while there,” Vice Adm. James Foggo III, commander of US Sixth Fleet, said as quoted in the press release published on Saturday.

NATO's activities close to the Russian coast intensified with the escalation of the year-long conflict in southeast Ukraine.

Russia regards NATO’s presence close to its western borders as a security threat. Russia’s envoy to NATO said that Moscow would bolster its defense capabilities in the Black Sea peninsula of Crimea to offset the bloc’s continued military buildup.