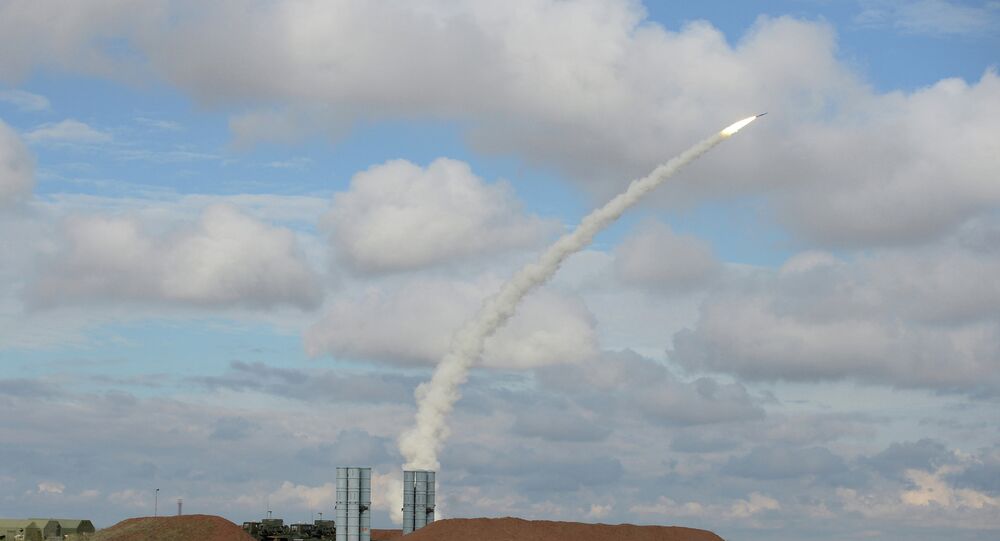 Iran will be able to control the air space far beyond its borders and at the same time protect its nuclear facilities against potential attacks.

The selling of one of the world's most advanced air defense systems, the S-300 missiles, to Iran will potentially alter the balance of power in the Middle East, journalist Jeremy Bender wrote.

© Sputnik / Igor Zarembo
Moscow Fulfilling Promises on S-300 Delivery to Tehran - Iran's General
The deal will give Iran a double advantage. It will be able to control the air space far beyond its borders and at the same time it will be able to protect its nuclear facilities against potential attacks.

It is so far unknown which model of S-300 Moscow will sell to Tehran. It had previously agreed to sell Iran the S-300 PMU1 system in 2007. This model of launcher has a range of about 93 miles, can fire at multiple targets, and can down aircraft flying as high as 90,000 feet. Additionally, the satellites associated with the S-300 can track aerial targets up to 150 miles away.

If an S-300 battery were placed on Iran’s southern coast, Tehran could quickly detect American or allied aircraft taking off from local bases.

Apart from that, most modern strike aircraft will be easily detectable long before reaching Iranian shores; the S-300 would allow Iran capacities beyond its airspace.

Russian systems will help Iran to reliably protect its nuclear facilities. At the same time, "the Iranian air defense system will be virtually immune to all types of US aircraft, but the most advanced," the Business Insider journalist said.

The delivery of the system would mitigate the threat of military action against Tehran in the event of breaches in the nuclear agreement.

Ultimately, the existence of the S-300s would make any military action against Iran very difficult and costly — even for the US Military.

Iran's Status to Improve via SCO After Nuclear Deal – Lavrov