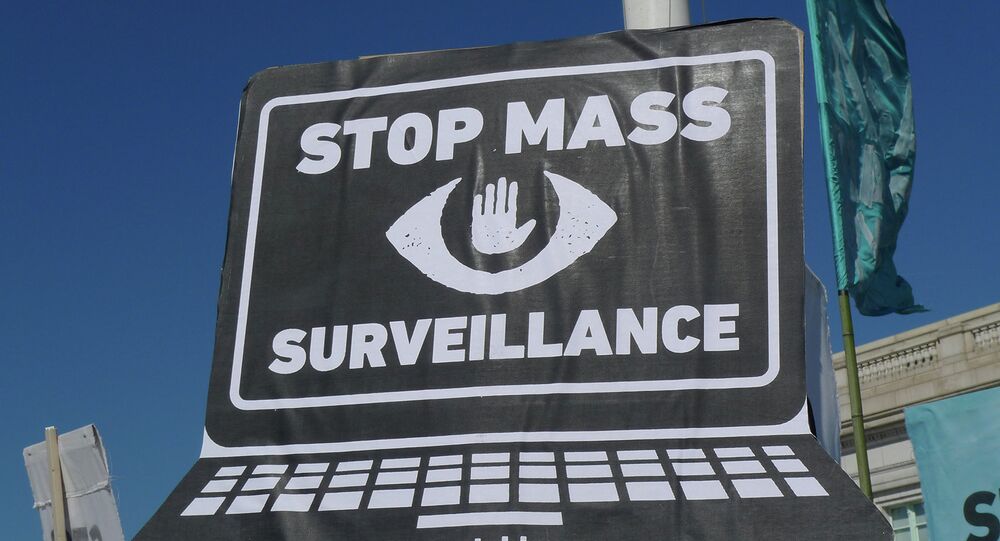 European governments should halt all talks with Washington until the NSA spying row is resolved and the US intelligence agencies stop snooping on EU targets, a co-president at the International Peace Bureau (IPB), the world’s oldest peace advocating group and 1910 Nobel Peace Prize winner, told Sputnik.

© AP Photo / Matthias Schrader,File
German Lawmakers Block 2 Surveillance Operations Amid Spying Row - Reports
In April, German media blew the lid off the US National Security Agency (NSA)’s illegal spying activities at the Bad Aibling listening post in southern Bavaria. The intelligence agency was revealed to have been using German infrastructure to eavesdrop on EU governments and firms, in what local authorities said violated both German and European laws.

Despite being critical of NSA spying on German soil, Chancellor Angela Merkel, a staunch US ally, has been reluctant to disclose US spying targets in Europe.

Braun, whose organization has given the world 13 Nobel Peace Prize laureates since IPB was established in 1891, condemned EU’s apparent unwillingness to antagonize Washington for violating human rights ahead of a key summit of EU, US, Canadian and Japanese leaders in Germany this Sunday.

"It means that they will be trying to avoid any escalation of the crisis before the G7 event because G7 has so many other problems that the government will try to continue to avoid this topic," Braun said.

The summit is due exactly two years after the Edward Snowden scandal where the ex-NSA contractor revealed the US government’s vast spying infrastructure at home and beyond. He showed that the NSA was secretly gathering phone and e-mail records of all Americans and could access them at any time.

US Halts Cooperation With Germany in Iraq Due to Espionage Scandal