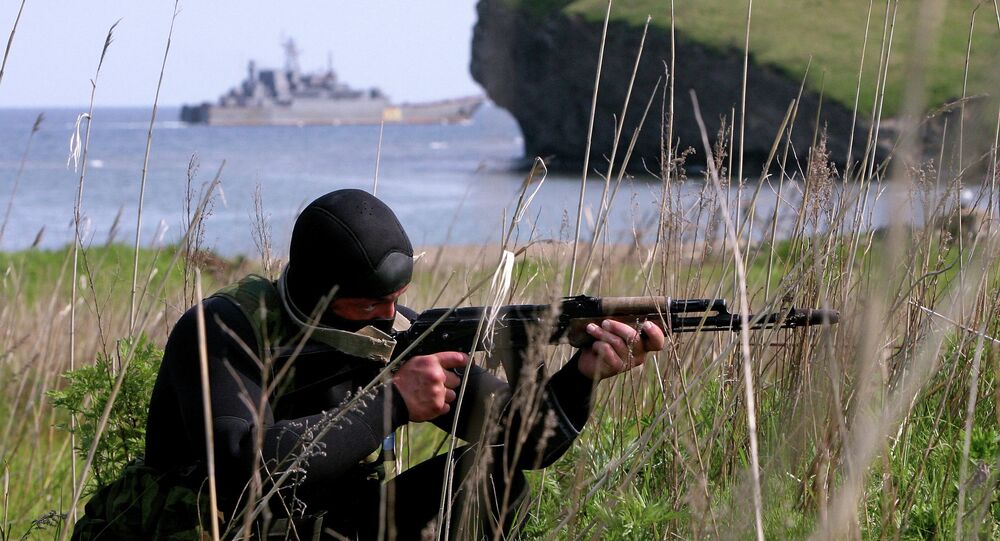 Russian reconnaissance troops held exercises in Transnistria. During the exercises the troops practiced combat actions against a simulated enemy.

Russian soldiers hold combat exercises in Transnistria during which they completed a wide range of tactical and operative tasks.

Transnistria is designated by the Republic of Moldova as the Transnistria autonomous territorial unit with special legal status.

The training of the troops included organizing the search, watch and surveillance of the simulated enemy, unlocking security systems and covert penetration of critical facilities in order to obtain intelligence.

"The soldiers performed a raid on a post of simulated enemy and other elements of the tactical and special training. The scouts also worked out practical problems in organizing the search, watch and surveillance of the subject, they also practiced opening of security and covert penetration of critical facilities in order to obtain intelligence," a press release of the Western Military District of the Russian Federation stated.

© Sputnik / Sergey Eshenko
Russia, Norway Complete Joint Drills in Barents Sea
In Transnistria, 60% of the population is Russian and Ukrainian. They sought to withdraw from Moldova even before the collapse of the Soviet Union, fearing that in the wave of nationalism, Moldova would join Romania.

Since its declaration of independence in 1990, it has been governed as the Pridnestrovian Moldavian Republic, a state with limited recognition that claims territory to the east of the Dniester River.

Currently, the peacekeeping operation in Transnistria is conducted by the joint peacekeeping force, which includes 402 Russian servicemen, 492 Transnistrian, 355 Moldovan and ten military observers from Ukraine.

The peacekeepers are stationed at 15 fixed posts which are placed in the key areas of the security zone.