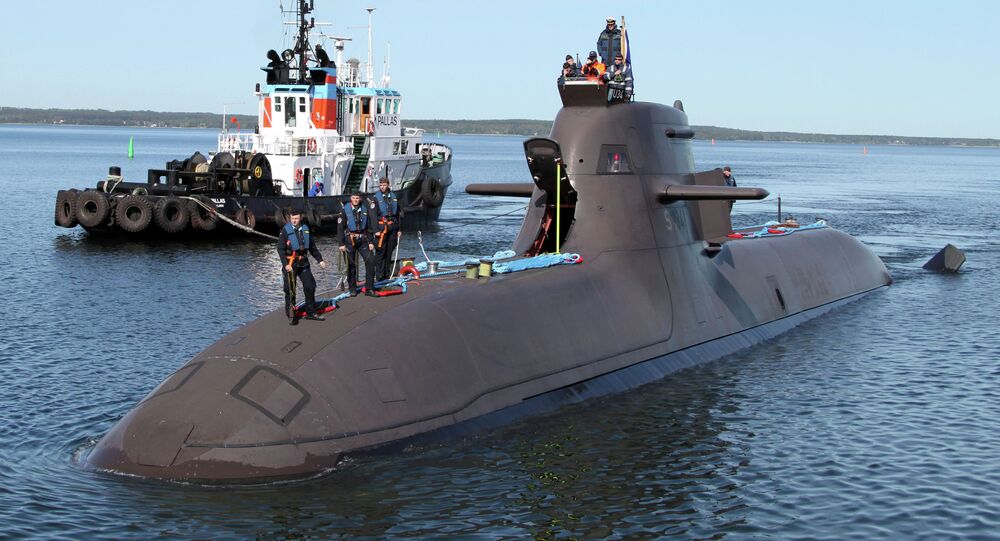 The German submarine U34 has joined the Standing NATO Maritime Group TWO (SNMG2) and Standing NATO Mine Counter-Measures Group ONE (SNMCMG1) in the Baltic Sea to support NATO operations in the area.

The submarine will be operating in the Baltic under operational control of Commander Submarine Forces NATO (COMSUBNATO), Rear Admiral Matt Zirkle (USA N), who travelled to Tallinn to meet with the submarine and its crew, the alliance said it its statement.

The U34, commanded by Commander (j.g.) Stephan Pfeiffer (DEU N) will conduct operations in support of SNMG2 in the Baltic Sea.

© Flickr / Program Executive Office Soldier
Baltic States Hope NATO Will Establish Permanent Troop Presence in Region
In addition to meeting with the U34’s crew, Rear Admiral Zirkle is set to meet with Estonian Navy officials and the US Ambassador to Estonia.

“Allied submarines have a critically important role in [the] collective defense of NATO member states, and this visit demonstrates NATO’s commitment to that defense,” Rear Admiral Zirkle said in the statement.

“Submarines such as U34 perform a variety of missions, from anti-submarine and anti-surface warfare, to support of special operations forces (SOF) to intelligence, surveillance, and reconnaissance (ISR).  I am happy to be able to meet with the crew and discuss their upcoming operations, as well as to meet with my Estonian Navy colleagues during our visit to this beautiful city.”