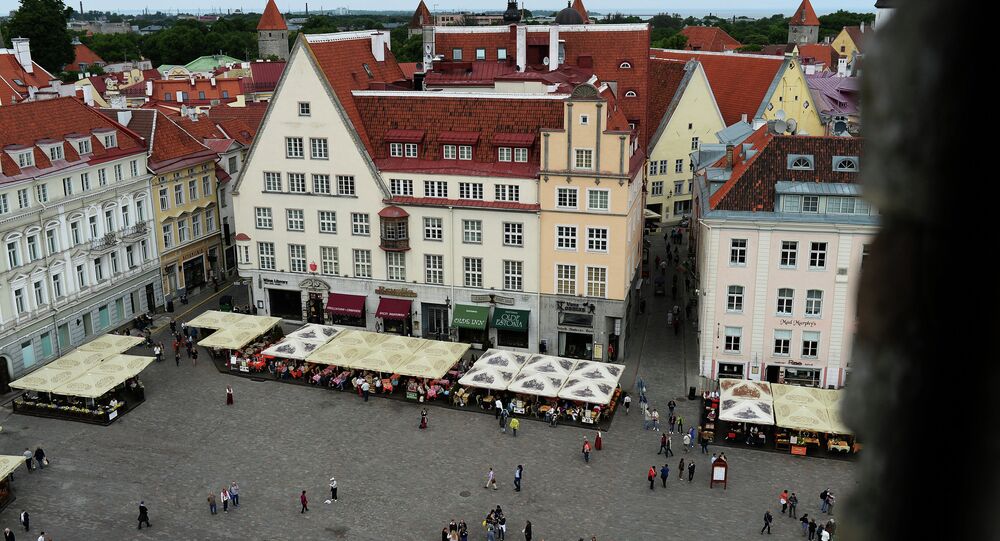 US Embassy in Tallinn Spying on Nearby Activity - Reports

The amount of reports reaches five to six on a monthly basis, depending on the level of activity.

© AP Photo / Marcio Jose Sanchez
You’re Kidding, Right? NSA Chief Calls for ‘Open, Reliable, Safe’ Internet
TALLINN (Sputnik) — A secret division of the US embassy in the capital of Estonia has been tracking people near its building over the past several years, collecting and storing personal data into a global terror database, local media reported Friday.

"Every day in central Tallinn… a team of five people hired by the Americans for drafting reports on potential dangers is watching the people's movements," the Estonian Postimees outlet writes.

The paper adds that the amount of reports reaches five to six on a monthly basis, depending on the level of activity.

© AP Photo / dpa,Stephan Jansen
Germany Intelligence Services Should Give Up Dependence on US – Lawmaker
A US embassy public affairs officer acknowledged to the media outlet that they have a program to identify suspicious activity around their buildings but claimed it's not a spy program and is no secret.

"This is part of normal security measures, as the safety of our staff and guests — both Estonian and American — is a priority for the US government," Bradley Hurst was quoted by the outlet.

The legality of the practice was affirmed with the Estonian government in advance, he added.

© REUTERS / Kevin Lamarque
US-German 2013 'No-Spy' Deal - Another Lie for Merkel's Government?
A signals intelligence collection program codenamed "Stateroom" is known to operate in a number of US diplomatic missions around the world. The Special Collection Service (SCS) conducts this surveillance program with joint contributions from the Central Intelligence Agency (CIA) and the National Security Agency (NSA).