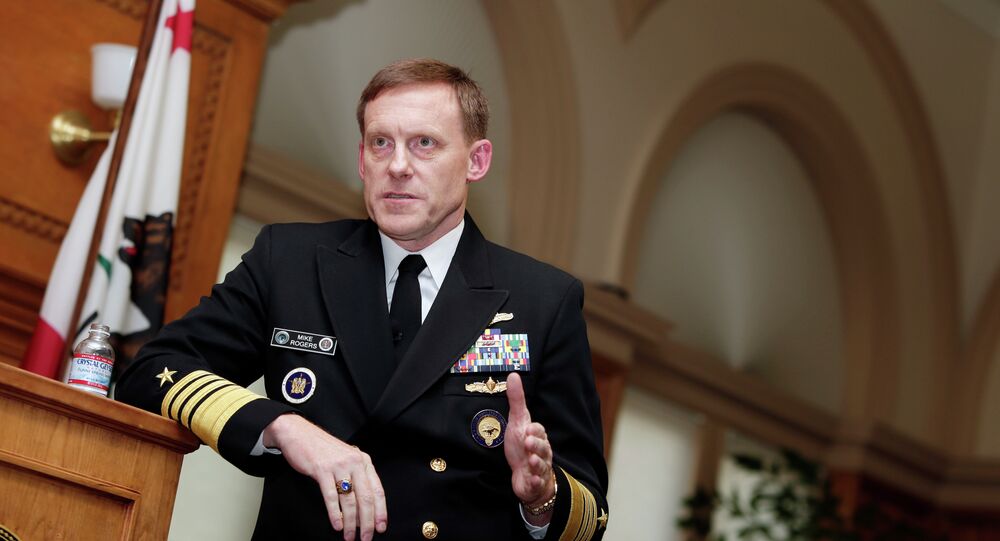 The Director of the National Security Agency - the US body spying on the whole world - says he wants an “open, reliable, and safe” Internet and suggested countries should embrace an online “Law of the Sea.”

“I hope we do not find a world in which the Internet becomes something that fractures and where the ability to move information freely is controlled,” Admiral Michael S. Rogers said at a conference in Estonia on Wednesday.

“The seas around the world are, much like the cyber domain, not governed by one single nation. We have created maritime norms and have to do the same in the cyberspace to ensure a flow of information and ideas.  I'd like to see if we can create something equivalent to the maritime world in the cyber world that enables us to keep moving information, keep moving commerce, keep moving ideas on a global basis.”

The irony of Rogers calling for a free Internet was not lost on social media, with many pointing out there was a free and open Internet before the NSA began violating everyone’s rights.

Rogers was speaking on the opening day of the seventh annual Conference on Cyber Conflict, or CyCon 2015, hosted by NATO’s Cooperative Cyber Defense Centre of Excellence.

The theme of this year’s conference is “Architectures in Cyberspace,” and asked speakers what cyberspace will look like in the future as well as how changes will relate to cyber security.  Over 500 are in attendance at the conference, which also included a speech from Assistant Secretary General of NATO Ambassador Sorin Ducaru.

Certain aspects of Rogers’ speech, particularly the open Internet principles, were well received by the audience.  However, the NSA chief did receive questions on mass surveillance and his call for the weakening of encryption by authorizing legal wiretapping of the internet.

Last week, the US Senate rejected a bill set to extend section 215 of the Patriot Act, which the mass surveillance occurs under. The controversial Section is scheduled to expire on June 1.