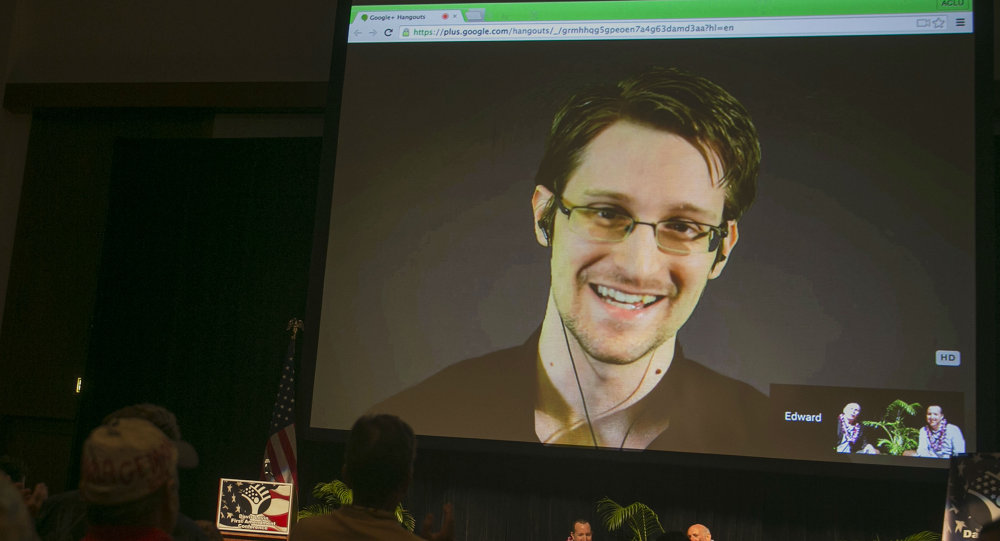 Edward Snowden has warned Australians that they are being "watched all the time" under controversial metadata retention laws.

The former NSA contractor-turned-whistleblower told the audience at the Progress2015 conference in Melbourne that controversial new metadata laws in Australia mean they are now targets of mass government surveillance. He compared the Australian program to the UK's practices, and said they are aimed at a sort of "pre-criminal investigation."

"They're collecting information and they're just putting it in piles that they can then search through not only locally, not only within Australia, but they can then share this with foreign intelligence services…and they can troll through these communications in the same way and this often happens beyond any sort of court oversight," Snowden told conference-goers via video link from Moscow, Russia where he's been given asylum.

"The ultimate result there is the fact that regardless of whether or not you're doing anything wrong, you are being watched."

In March, Australia passed the controversial laws, which require internet providers and mobile phone companies to store users' metadata for two years. The legislation, which proponents claimed was necessary for Australia to fight domestic terrorism, was approved by a wide margin in the Australian Senate, by 43 votes to 16. Only the Green party and 6 independent senators opposed it.

"We’ve stopped the illegal boats; we will ensure we stop the jihadists as well," Australian Prime Minister Tony Abbott said at the time.

"By passing this Bill, the parliament has ensured that our security and law enforcement agencies will continue to have access to the information they need to do their jobs," Attorney-General George Brandis and Communications Minister Malcolm Turnbull wrote in a statement when the bill was passed.

"Nine times out of 10 when you see someone on the news who's engaged in some sort of radical jihadist activity, these are people who had a long record," he told the audience.

"The reason these attacks happened is not because we didn't have enough surveillance, it's because we had too much."

And although certain safeguards for journalists were incorporated into the legislation, Snowden says these don't really do much to protect their relations with sources since "you can immediately see who journalists are contacting, from which you can derive who their sources are."

Snowden addressed the conference on the same day that a federal appeals court in the US ruled that the program of mass phone data collection which he alerted the world to in 2013 was, in fact, illegal.

He called the ruling "extraordinarily encouraging."

Most Millennials Have Positive Opinion of Snowden – ACLU Poll