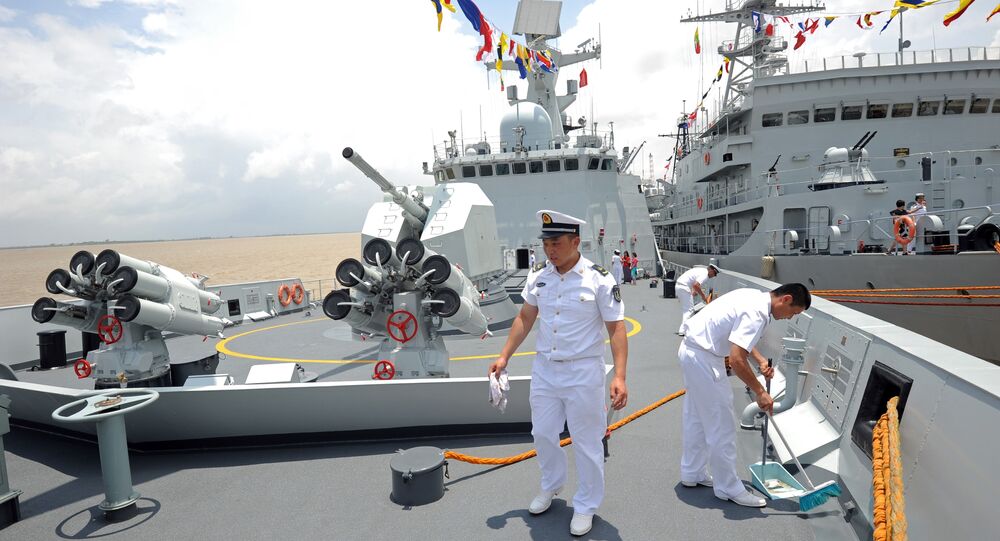 Chinese and Russian marines took part in a series of sports competitions at the Russian naval base in the city of Novorossiysk playing futsal, tug-of-war and ping pong, Russian Navy spokesman said.

Friendly matches between the crews of the two Chinese warships, the Linyi and the Weifang, and Russian marines were held on the afternoon of May 9.

"It was a mutual victory," said Captain 1st Rank Igor Dygalo from Russia's Ministry of Defense commenting on which team won the competitions.

© Sputnik / Alexei Druzhinin
Putin: Wherever People Celebrate V-Day, Being Sincere Is Most Important
The two missile frigates of the People's Liberation Army Navy Marine Corps (PLAMC) arrived at Novorossiysk on May 8. The Linyi and the Weifang took part in the celebrations marking the 70th anniversary of victory over the Nazi Germany in World War II.

The two Jiangkai II-class frigates are scheduled to leave the Black Sea port for the Mediterranean Sea on May 12 to participate in the Russian-Chinese exercise Sea Cooperation-2015. The drills, first of its kind, will be launched on May 11.