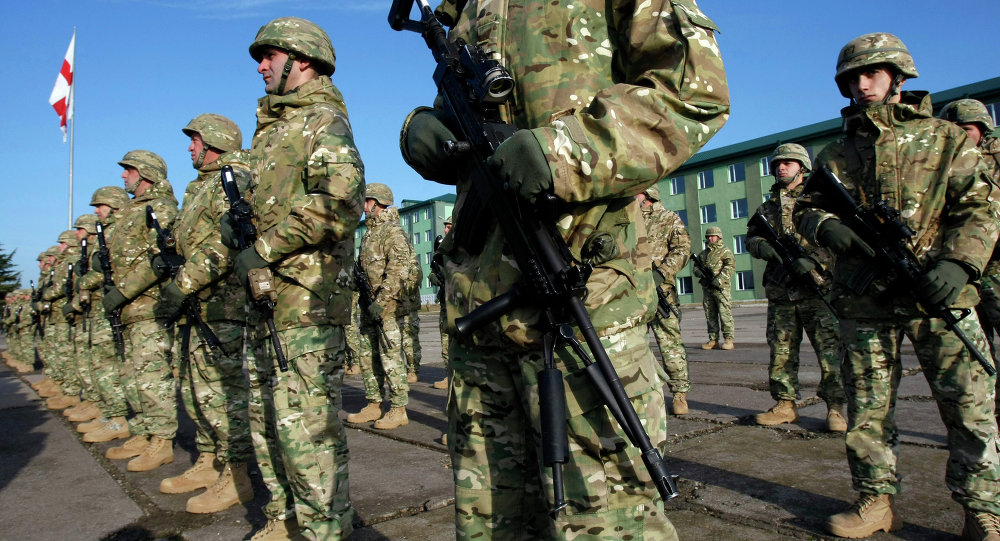 The Georgian Defense Ministry has announced that heavy US military equipment intended for joint US-Georgian "Exercise Noble Partner" has arrived in the port of Batumi.

TBILISI (Sputnik) — Heavy US military equipment intended for joint US-Georgian "Exercise Noble Partner" has arrived in the port of Batumi, the Georgian Defense Ministry has announced. The equipment is expected to be delivered Wednesday to the Defense Ministry military base in Vaziani, some 16.5 miles east of the Georgian capital Tbilisi, where the drills are scheduled to take place.

"The military vehicles designed for the joint Georgian-American exercises have entered the port of Batumi… The equipment needed for drills was sent from Varna [Bulgaria] on May 2," the ministry said in a statement.

The two-week-long US-Georgian field-training and live-fire exercises start on May 11 and are expected to involve approximately 600 US and Georgian troops from the infantry and mechanized infantry brigades as well as a police platoon.