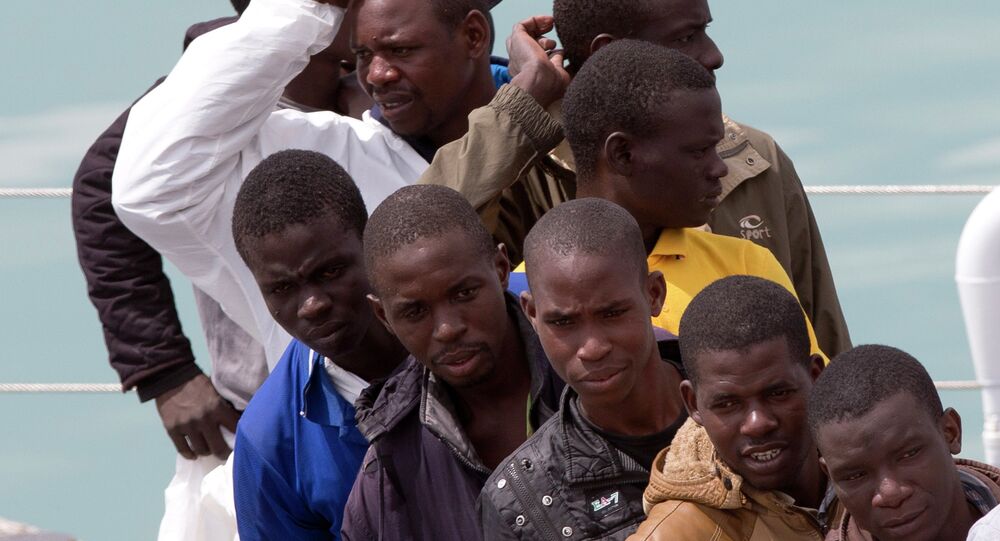 Islamic State fighters may use every possibility to get to Europe, including joining the flow of migrants in the Mediterranean, NATO Supreme Allied Commander General Philip Breedlove said in a press briefing.

WASHINGTON (Sputnik) — Breedlove noted that he does not have any examples to illustrate the ISIL’s attempts to cross into Europe with the flow of migrants, but stressed it is one of NATO’s concerns.

Migrants trying to flee armed conflicts and extremist groups operating in North Africa and the Middle East — such as the ISIL — are using the Mediterranean Sea as their main route to Europe.

© Sputnik / Andrey Stenin
US-Led Invasion of Iraq to Blame For Rise of Islamic State – Ex-UN Envoy
At least 3,500 people have died crossing the Mediterranean in 2014, according to UN estimates.

“I am concerned that ISIS [Islamic State of Iraq and Syria] will use every vehicle available for moving their operatives back and forth into Europe, into the United States, into the West, wherever,” Breedlove said on Thursday.

“Many of these… capabilities, to include this migrant flow across the Mediterranean, need to be looked at for the possibility of ISIS,” he added.