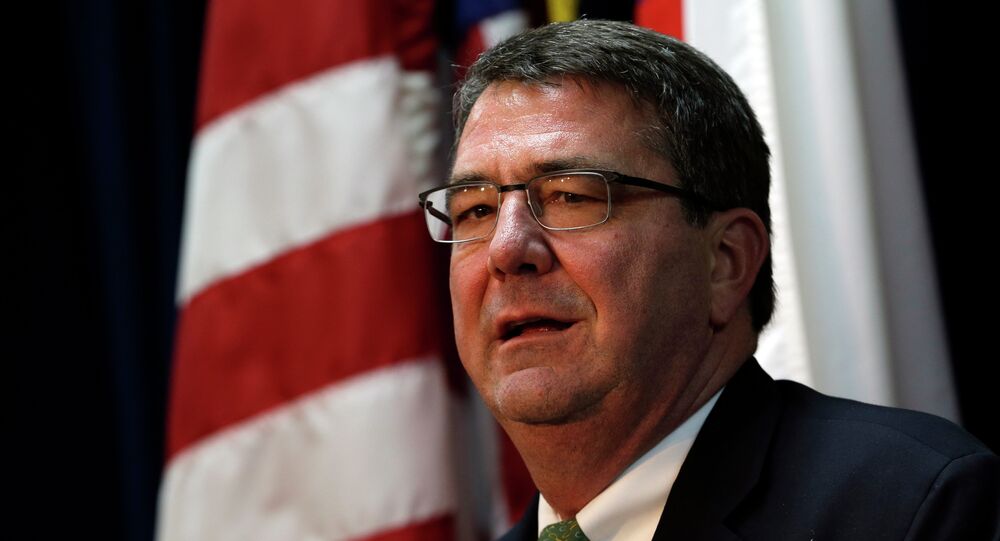 US Defense Secretary Ashton Carter said that the US and Japan could work together anywhere in the world if the two countries had common interest.

WASHINGTON (Sputnik) — The United States and Japan have transformed their military alliance to be globally focused by eliminating geographic restrictions that had been in place within the 1997 framework that had been limited to the areas surrounding Japan, US Defense Secretary Ashton Carter said at a US-Japan joint press conference on Monday.

© Flickr
US Ready to Use Nuclear, Conventional Weapons to Defend Japan
The new alliance framework is different from the 1997 agreement because it allows the United States and Japan to jointly take action anywhere in the world where they have common interests, Carter added.

“That is a very big change from being locally focused to being globally focused,” the US defense chief said.

Carter’s comments came during a press conference alongside other members of the US-Japan Security Consultative Committee (SCC) including US Secretary of State John Kerry, Japanese Minister for Foreign Affairs Fumio Kishida and Japanese Minister of Defense Gen Nakatani.

On Tuesday, Japan's prime minister is expected to arrive in Washington, where he will meet with US President Barack Obama to discuss a number of bilateral issues, including economic and defense cooperation, as well as regional security issues. On Wednesday, Abe is slated to deliver a speech to a joint session of US Congress.