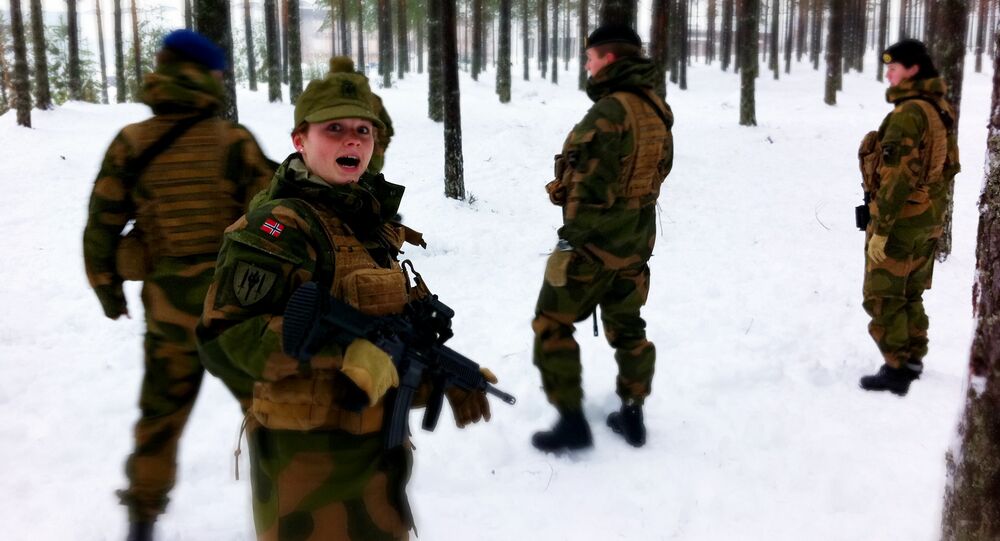 Norway does not consider Russia a threat and its major army modernization is part of a long-term plan, the Norwegian Ministry of Defense told Sputnik on Friday.

© AFP 2020 / YIANNIS KOURTOLGOU
Norway Announces Army Modernization, Creation of Northern Air Defense
MOSCOW (Sputnik) — Earlier in the day, the Norwegian Army announced its largest modernization since the 1940s, as well as the creation of a multimillion-dollar air defense system.

“The modernization is being carried out to strengthen the army's combat power and ability to protect itself,” defense ministry spokeswoman Marita Isaksen Wangberg said, denying that is has anything to do with current political tensions.

“Norway does not consider Russia a military threat, but is concerned about the annexation of Crimea in violation of international law and the changing security situation in Europe,” she added.

Moscow has repeatedly stated that Crimea's reunification with Russia was in line with international law and reflects the will of the peninsula's population.

The Norwegian Army confirmed to Sputnik that the military overhaul is unrelated to current tensions with Russia.

“Modernization carried out in the Norwegian Army is part of the current long-term plan for the Armed Forces, which was adopted in 2012,” army spokesman Lt. Col. Aleksander Jankov said.

According to Jankov, Norway’s planned air defense system is not related to any neighboring countries' military activities.

“Protection against attacks from the air is important in modern land operations. This need is in other words independent of activities in Norway’s adjacent areas,” he told Sputnik.

The army spokesman also stated that Norway does not assess Russia as a threat, though finds it necessary to have high level ground forces, both in terms of technology and expertise.

© Photo : olavsvern.no
Norway Nervous Over Sold Naval Base: Now Fears Kremlin at Its Doorstep
Relations between NATO-member Norway and Russia have grown tense over the past year amid the situation in Ukraine. Oslo ceased military cooperation with Moscow in the spring of 2014, and has backed European Union sanctions against Russia.

In August 2014, Russia responded with a one-year ban on certain food imports from countries that had introduced sanctions against it, in a blow to Norway’s seafood industry.

Despite political tensions, the two countries, which share a northern border, have continued collaborating in a number of areas, such as search and rescue operations and border guard activities.

Ukraine to Continue Cooperating With Norway on Gas Deliveries