Norway Nervous Over Sold Naval Base: Now Fears Kremlin at Its Doorstep 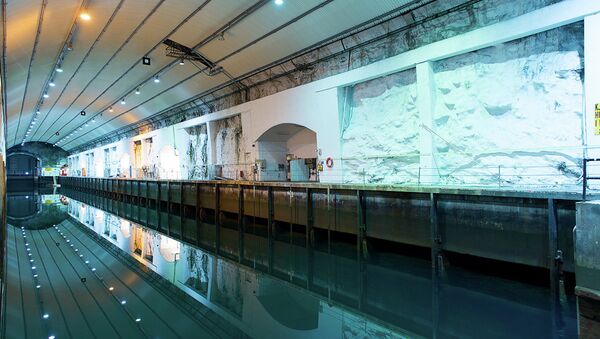 © Photo : olavsvern.no
Subscribe
The Norwegian authorities are gravely upset over a secret naval base they sold two years ago: what makes them panic over the facility they just recently deemed unnecessary is that it is rented by a fleet of Russian research vessels, which, experts believe is “no joking matter”.

Olavsvern, a former Royal Norwegian Navy auxiliary base which was carved into a mountain just outside the city of Tromso, is now the centerpiece of heated debates.

The country’s navy seemed to be in no need of the base, which resembled the lair of a James Bond villain: in addition to port facilities, it has a 25,000 square meter mountain facility which features tunnels with direct access to sea for vessels. It has a dock for submarines and a helipad. 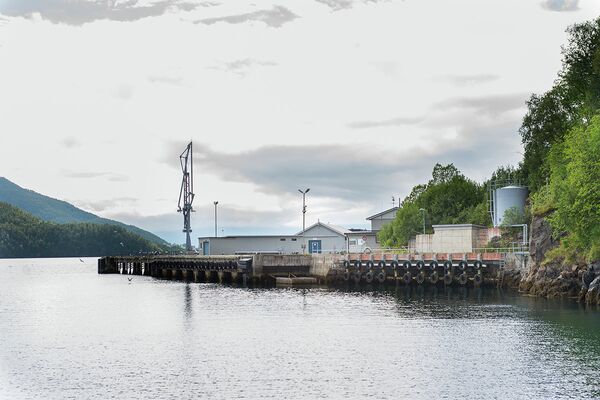 The base was acquired by businessman Gunnar Wilhelmsen.

Norway’s Massive Military Drills Near Russian Border Underway
The sale of the facility to his investor group Triko AS was then approved by the Norwegian Defense Ministry and NATO, as neither of them had a need for the base.

Ironically enough, the prime minister who saw the sale through, Jens Stoltenberg, is now NATO’s secretary-general.

The buyers then wanted to use the former naval base as a maintenance center for rigs and subsea equipment that could be used for Arctic drilling.  However, plans changed and they rented it out to a fleet of Russian research vessels.

According to Newsweek, one of the recently arrived ships at Olavsvern is the Akademik Nemchinov, which belongs to Sevmorneftegeofizika, a Russian geophysics company that specializes in taking seismic measurements in deep and shallow waters.

“Seismic surveys are a bona fide area of international research, so seismic research vessels docking in another country is not unusual,” the magazine writes. “But Sevmorneftegeofizika is not just any seismic research firm: it counts among its clients both Gazprom and a host of other firms fully or partly owned by the Kremlin.” 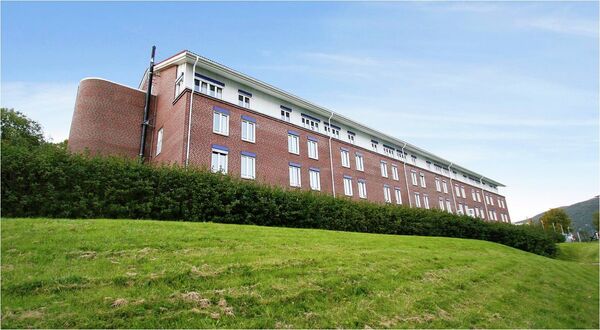 “Russian research vessels are part of the Russian government’s sea power,” the magazine quotes Göran Frisk, a retired top Swedish naval commander as saying. “The Russian [naval force's] most important task is making sure that the country’s nuclear submarines can move freely in the world’s oceans. The Russian research vessels are no joking matter. It’s incomprehensible that the Norwegian government could make such a gaffe.”

The retired naval commander also claims that Russian research vessels off the Swedish, Finnish and Norwegian coasts also undock mini-submarines for surveillance and warfare preparations, and investigate the seabed and hydrographic conditions.

Norway Wants Normal Relations With Russia, FM Says
To make matters worse for the Royal Norwegian Navy, it later emerged that the naval base was "crucial for the protection of Norway’s sovereignty".

“Olavsvern was of strategic importance to a robust, Norwegian and NATO defense in the north,” according  to Oyvind Korsberg, an MP for the Tromso region, where Olavsvern is situated.

Those, however, who reside in the area of "potential danger" seem not to be that concerned.

“We hope that the new owner will bring as many vessels as possible to Olavsvern, which will benefit the local economy,” said Mayor Jens Johan Hjort of the city of Tromso.

Meanwhile, the authorities' only recourse now is to buy the facility back. However, as Newsweek rightfully noted, “there’s no indication that Wilhelmsen is prepared to sell.”