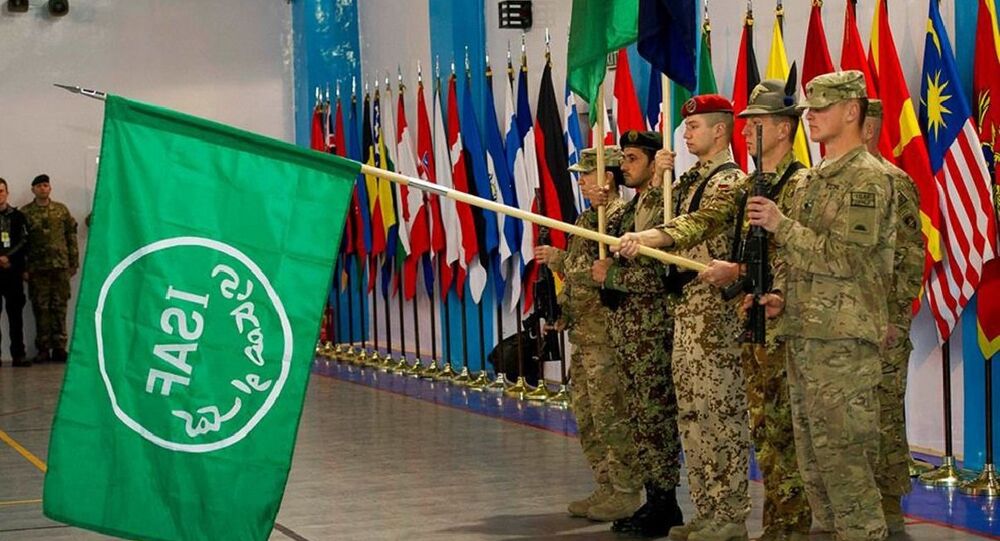 © AP Photo / Czarek Sokolowski
Ukraine Crisis Nullified All Progress in Russia-NATO Relations - Official
MOSCOW (Sputnik) – The UN-mandated International Security Assistance Force (ISAF) was present in Afghanistan between 2001 and 2014. Led by NATO since 2003, the force aimed to assist the Afghan government to ensure security and effectively combat insurgency in the country. Under the new non-combat advisory mission Resolute Support launched since January 2015, only some 12,500 soldiers are left in Afghanistan.

In an interview with RIA Novosti, Anatoly Antonov said:

“It seems that ISAF forces in Afghanistan did not fulfil a mandate issued by the UN Security Council. Neither have we seen a full report on their activities there. Hopefully, NATO-led Resolute Support mission will be able to do more.”

Antonov added that despite the international efforts, Taliban still poses a serious threat for the Afghan security.

“The number of killed civilians hit a record high last year. Of course, Taliban insurgents also incur losses. But neither party has managed to turn the situation to its advantage.”

Antonov also underscored that suspension of cooperation between NATO and Russia on Afghanistan was counterproductive.

NATO foreign ministers announced the decision to suspend all practical contact with Moscow in early April 2014 citing the situation in Ukraine.

Escalation of the conflict in northern Afghanistan threatens Russia and its allies with a possible spread of conflict to Central Asia, Anatoly Antonov said.

“An escalation of tension in northern Afghanistan poses a serious threat for Russia and its allies due to its possible 'spillover' to Central Asia. There are some signs of deteriorating security situation on the border between Turkmenistan and Afghanistan.”

© AP Photo / Rahmat Gul
Afghan President Warns US Congress of ISIL Threat in Central Asia
Afghanistan has been plagued by the Taliban insurgency since the early 1990s. The militant movement has been notorious for staging attacks against civilians and authorities in Afghanistan and Pakistan, seeking to establish austere Sharia law on these territories.

Following the withdrawal of international combat troops from Afghanistan in late 2014, Afghan authorities took up responsibility to provide security in the country with their own resources. The Taliban intensified its activity.

The Islamic State could affect the situation in Afghanistan as it tries to expand its reign of terror, Anatoly Antonov said.

© AP Photo
Rose-Colored Glasses Off: ISIL Kills European Jihadists - Escaped Prisoner
“Afghanistan’s armed opposition groups are increasingly engaging in battles with government forces, capturing entire neighborhoods and settlements. A new factor, which can affect the situation in Afghanistan, is the creation of the Islamic State in Iraq and Syria,” Antonov told RIA Novosti.

The deputy minister also noted the continued presence of al-Qaeda in Afghanistan.

“It is impossible not to draw attention to a new alarming development — the radicals have begun to move into the camp of the Islamic State.”

Afghan forces have been solely responsible for security in the country since the start of 2015, when NATO ended its International Security Assistance Force (ISAF) mission and launched a new, non-combat mission in the country.

The group has seized vast areas of Iraq and Syria, and attracted thousands of foreign fighters. Armed groups in several other countries have sworn alliance to IS.

Obama to Decide US Troops Level in Afghanistan Beyond 2016 - Ghani