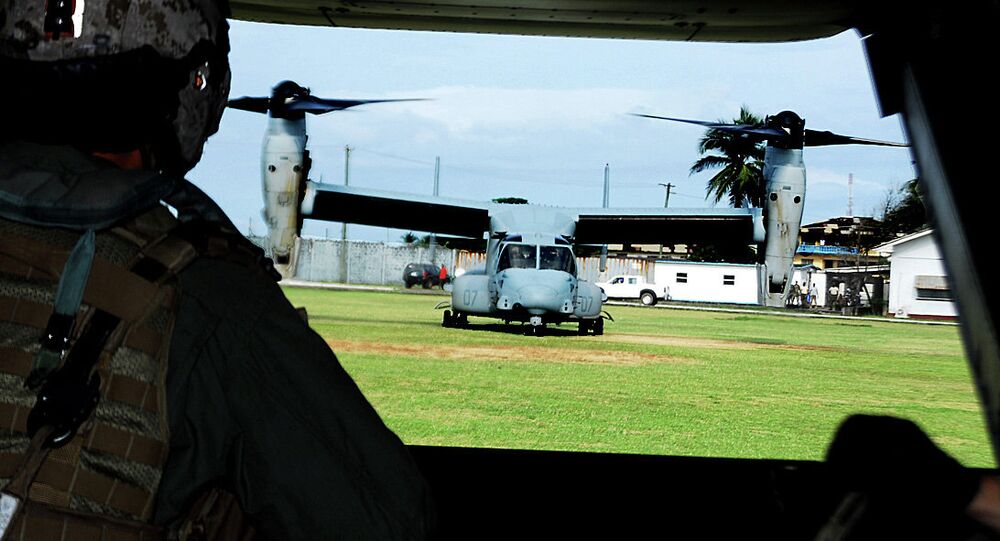 According to a US Defense Department official, the Pentagon is considering the possibility to use Osprey aircraft in northern Iraq on the request of the United Arab Emirates in order to improve rescue operations.

© REUTERS / U.S. Air Force/Senior Airman Matthew Bruch/Handout
US Coalition Conducts 14 Airstrikes Against IS in Syria, Iraq
WASHINGTON (Sputnik) — The Pentagon is evaluating the possibility to use Osprey aircraft in northern Iraq on the request of the United Arab Emirates (UAE) in order to improve rescue operations, a US Defense Department official told Sputnik on Wednesday.

"There are considerations other than flying distance associated with where we beddown aircraft, including the personnel and logistics needed to sustain operations,” the Defense official said. “We continue to evaluate our basing arrangements and will make adjustments as needed."

© REUTERS / Jonathan Ernst
US Troops Could Find Themselves Back on Ground in Iraq Fighting IS
The Defense official stressed that the United States continues to enhance its capabilities in the region, including those associated with personnel recovery.

A US official confirmed to Sputnik on Wednesday that the UAE suspended airstrikes against the Islamic State (IS), following the capture of Jordanian pilot Muath al-Kasaesbeh in Syria, citing safety concerns for pilots.

The UAE demands that Osprey aircraft to be used in northern Iraq, because that way they will be closer to the battleground.

The Ospray is a tilt-rotor engine aircraft that can fly like a fixed-wing airplane or take off and can land like a helicopter.

UK Conducts New Airstrikes Against IS Militants in Iraq

IS Violence Claims Over Thousand Lives in Iraq in January