The Secret Service is working on measures to neutralize future drone endeavors on the White House grounds. Currently, the agency has shown it cannot deal with small flying objects penetrating into the secured territory.

MOSCOW, January 27 (Sputnik) – Following the crash of a drone on the White House premises on Monday exposes the vulnerability of the US President’s mansion and poor job done by the Security Service to protect it, Time reports.

© Flickr / John Connell
Unknown 'Device' Recovered at White House Grounds
Although the White House is protected by a missile battery, capable of taking down airplanes, missiles and larger drones, it is useless against smaller drones. Even detecting these tiny flying objects can be a problem, let alone shooting them down. The drone crash raised a number of serious questions about the effectiveness of Secret Service, whether it could bring down a similar object, if it endangered President Obama, Time says.

DJI Phantom, the same type of drone that crashed on the White House premises on Monday, could in theory carry explosives or chemical and biological elements that could be used to carry out attacks on the White House, the New York Times reports. Another DJI Phantom flew meters away from German Chancellor Angela Merkel during a campaign rally in Dresden last fall, before crashing right in front of her feet.

The drone-control debate has hit close to home for the White House, thanks to drone crash http://t.co/Mudixr0TJM pic.twitter.com/0R18nsm2H2

Amusingly, one can purchase a basic version of the DJU Phantom Aerial UAV Drone Quadcopter on Amazon.com for less than $500, while models equipped with high-definition cameras are sold starting at $1,258, the New York Times says.

After the Monday incident, the Secret Service is working hard on counter-measures that could neutralize drones using electromagnetic waves or disrupting their radio commands. The Security Service has a difficult task at hand. In addition to figuring out how to deal with small drones, the agency needs to do a thorough top-to-bottom reassessment of its capabilities and managerial structure, especially considering the fact that the accident on Monday was not the first one to come, Time says. 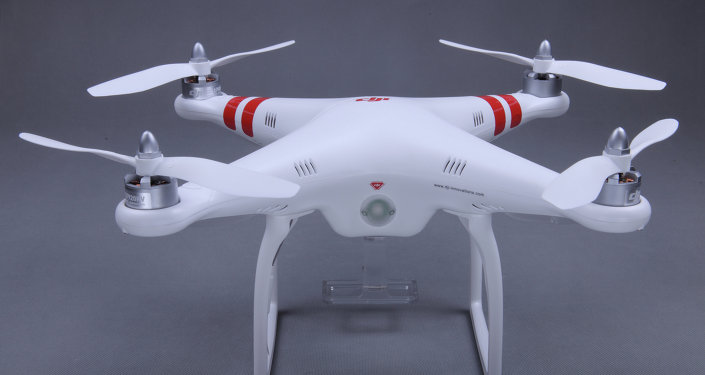 © AP Photo / DJI North America
US Citizens Wary Over Possible Expansion of Commercial Drone Use: Poll
Last fall, a man with a knife climbed over the White House fence and had time to run deep into the building before the Security Service stopped him. In 2011, a gunman fired shots, hitting the White House, while President Obama’s daughters were both in the building, according to CNN.

Quickly changing times require quick decisions to be made. Fairly soon, drones will become even more advanced. The Secret Service needs to step up its game and make major upgrades to improve its effectiveness, Time says. Last time it took the assassination of President John Kennedy to reinvigorate and restructure the Secret Service.

US Senate May Prohibit Dept. of Homeland Security From Procuring Drones