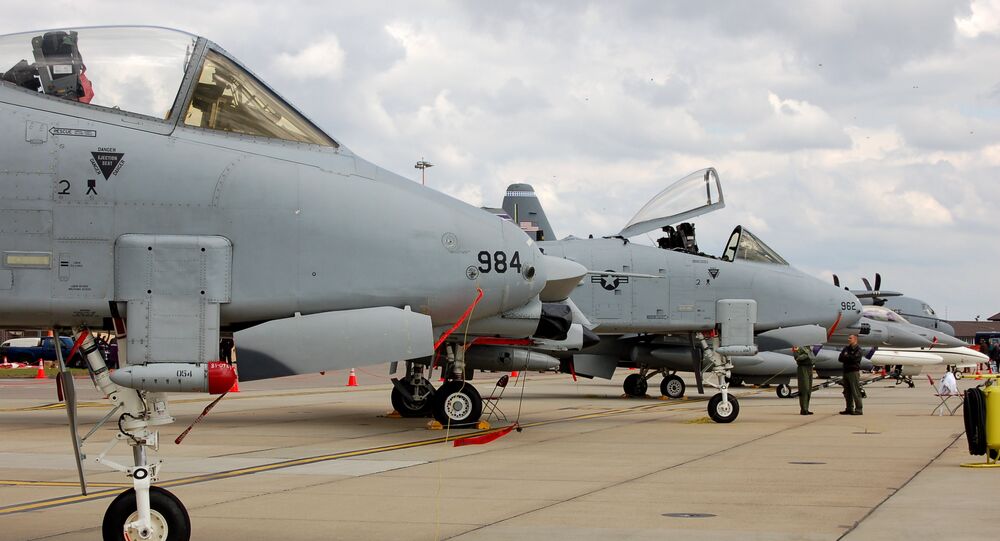 The US is going to close 15 bases and facilities in European countries including the United Kingdom, Germany, Belgium, Portugal, Italy and the Netherlands. This process will decrease about 2,000 US troops in the region from 2018 to 2021.

"These EIC [European Infrastructure Consolidation] actions will also generate efficiencies by reducing excess or outdated infrastructure that our host nations can benefit from having returned," Wright said.

On Thursday, the US Department of Defense announced the so-called European Infrastructure Consolidation Actions, envisaging the review of US forces and facilities in Europe.

The Pentagon spokesperson added that the EIC process was designed to "absolutely minimize operational and force structure impacts on the US military and our [US] allies in Europe."

© AFP 2020 / CRISTINA QUICLER
US Wants Permanent Troops Deployment at Military Base in Spain: Reports
According to EIC, 15 US bases and facilities will be closed in countries including the United Kingdom, Germany, Belgium, Portugal, Italy and the Netherlands, resulting in a total decrease of about 2,000 US troops in the region from 2018 to 2021.

According to the Pentagon’s statement, the restructuring will allow the US government to save $500 million annually.

Royal Air Force (RAF) Mildenhall will be the largest base to be closed and transferred to the UK command. Some 3,200 US personnel from the base will be re-stationed elsewhere.

At the same time, according to the the Defense Department's Acting Deputy Under Secretary of Defense for Installations & Environment John Conger, the move will be "partially offset by the addition of about 1,200 personnel that will support the F-35s being stationed in RAF Lakenheath."

The stationing of F-35s, single-engine advanced fighter planes combining air-to-ground and air-to-air operational capability with stealth technology, in the United Kingdom in 2020 also falls within the guidelines of the EIC.

UK to Establish Permanent Military Base in Bahrain: Foreign Secretary

New US Military Base in Romania Due to Operate in 2015: US Navy Department

US Negotiating New Military Base in Uzbekistan