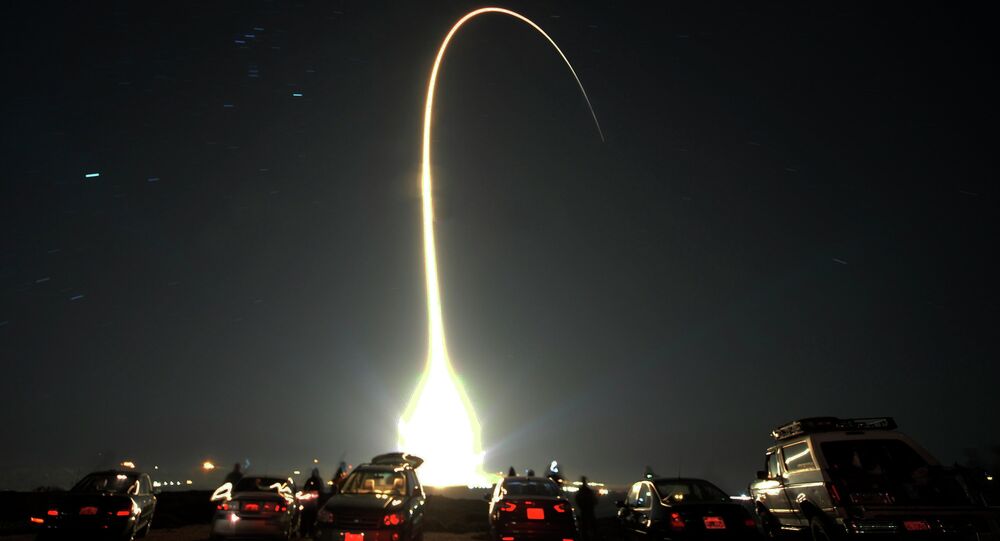 The US United Launce Alliance (ULA) Atlas V rocket has blasted off from Vandenberg Air Force Base in California, carrying a classified payload for the National Reconnaissance Officeb after a one-day delay which was caused by heavy storms in the area.

© AP Photo / Mohammed Zaatari
US National Intelligence Council Names Russia, Middle East as Priorities
MOSCOW, December 13 (Sputnik) — The US United Launce Alliance (ULA) has sent its Atlas V rocket into orbit with a classified National Reconnaissance Office payload, according to a message that has been posted on the official website of the ULA.

“We are honored to deliver the NROL-35 spacecraft to orbit together with our customers, the NRO Office of Space Launch and the Air Force,” reads a message from Jim Sponnick, the ULA’s vice president of Atlas and Delta Programs, that was posted on the website of the Alliance.

“This mission was launched on the most powerful Atlas ever launched from California with more than 2 million pounds of liftoff thrust. This was enabled by the addition of the four solid rocket motors, providing additional performance as required to meet our customer’s needs.”

© Sputnik / Mikhail Voskresensky
Russia Puts Second GLONASS-K Satellite Into Orbit: Defense Ministry
The unmanned Atlas V rocket is delivering a classified payload for the National Reconnaissance Office into space, as part of a program established by the US Air Force to provide assured access to space for Department of Defense payload and that of other government organs. No other details have been released.

Although the mission’s details are classified, the rocket was believed to be slated to enter a Molniya orbit – a highly elliptical trajectory with a period of 12 hours, according to the NASA SpaceFlight online journal.

The orbit is named after the Soviet Union’s Molniya communications satellites, which were the first spacecraft to make use of this type of orbit in the mid-1960s.

The Atlas V flew in its 541 configuration, however its Centaur upper stage sported an RL10C engine for the first time.

“ULA is extremely pleased with this first flight of the new RL10C-1 engine,” reads a message from Jim Sponnick, the ULA’s vice president of
Atlas and Delta Programs, which was posted on the website of the Alliance. “We have been working closely with Aerojet Rocketdyne and our Air Force customers for several years to develop and extensively test this next-generation engine to enable the most reliable and cost-effective upper stage propulsion for our Atlas and Delta programs.”

Next month, ULA plans to launch the Atlas V Mobile User Objective System (MUOS-3) satellite for the United States Navy; the launch is scheduled for Jan. 20, 2015; the rocket will take off from Space Launch Complex-41 at Cape Canaveral Air Force Station, Florida.

Australian Intelligence Gets New Powers to Fight IS Terrorism Abroad