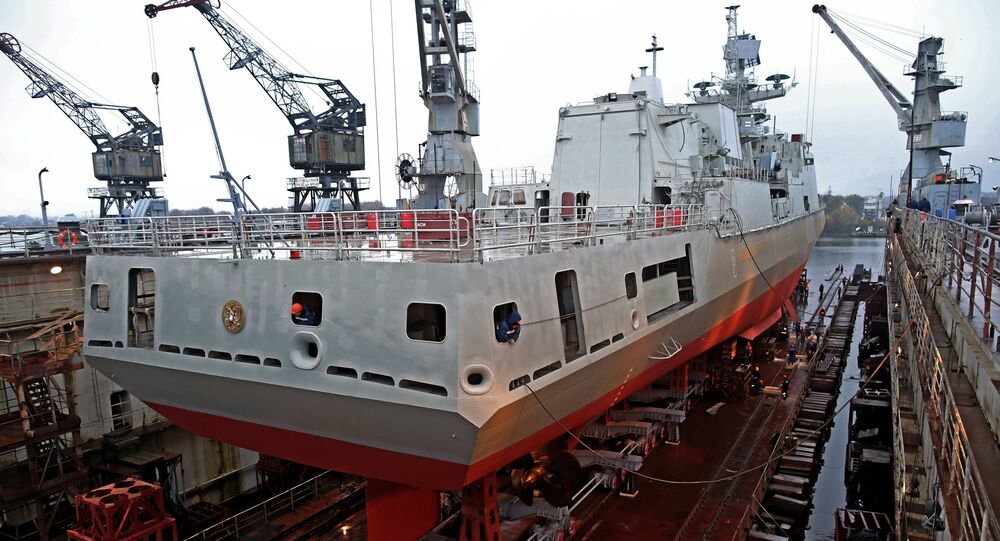 Russia has started the implementation of its military shipbuilding program, and aims to fully modernize its Navy, supplying it with over 600 surface ships, submarines and other auxiliary ships by 2050.

The Navy is to get over 600 surface ships, submarines and auxiliary ships by 2050.

The key developer of the next-generation warships is Krylov State Research Center in St. Petersburg.

The next-generation warships will be most likely be equipped with a Caliber high-precision cruise missile system and a S-500 Prometey antiaircraft defense system, which is more capable than US Aegis Ballistic Missile defense systems.

Each destroyer will have a Redut-Poliment anti-ship weapons system as well as Pantsir-M and Palash antiaircraft artillery.

The destroyer’s nuclear-powered and gas turbine propulsion power plant will be manufactured in Russia and will allow the ships to travel at 30 knots.

The warships will be capable of combatting submarines and will also be equipped with two special helicopters and a modern sonar system.

Russia Ahead of Schedule in Modernizing Military Hardware: Defense Ministry