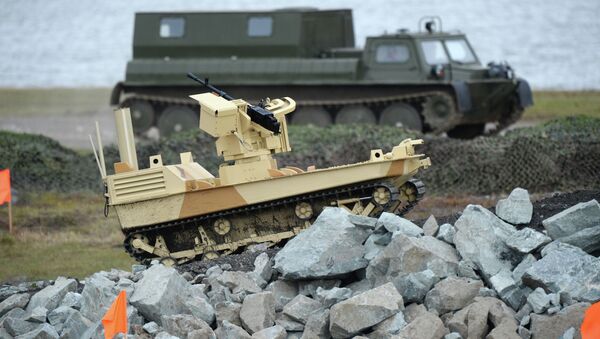 The importance of robotic developments comes, in particular, from taking care of soldiers’ health on the battlefield, Deputy Defense Minister Pavel Popov said.

"This year, a complex program 'Creating of Advanced Military Robotics for 2025 ' has been developed and approved," Popov said.

He said that the military scientific industry jointly with military administration institutions have developed a conception of applying military robots.

Russia Opens New National Defense Control Center: Tech Savvy and Prompt
"Alongside with the development of new models, we plan to train specialists for maintaining the advanced models. The task will be carried out by the ministry’s system of education," Popov said.

Popov said the importance of robotic developments comes, in particular, from taking care of soldiers’ health on the battlefield. According to him, other reasons are the length of Russia’s border and the need for ground, overwater and submarine operations in places unsafe for humans, including the Arctic Region.

Earlier, Russian Deputy Prime Minister Dmitry Rogozin said that robotics will be one of the top priorities of the new Russian arms program from 2016 to 2025.