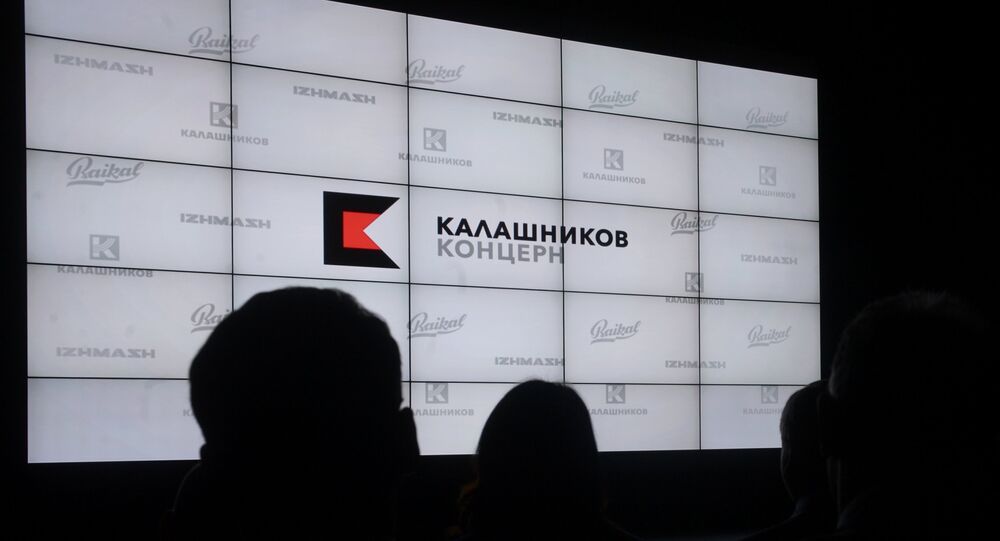 The creation of the brand's new visual image is set to unite several product lines that were not previously integrated with each other under a single logo.

"This is a combination of two K's, for Kalashnikov and [the Russian word for] Concern. The two colors reflect the colors of the flag of Udmurtia – black and red," Russian state technologies corporation Rostec's CEO Sergey Chemezov told reporters.

The creation of the brand's new visual image is set to unite several product lines that were not previously integrated with each other under a single logo. The rebranding was financed by the company from its own reserves, without raising any money from the government.

Representatives of Kalashnikov Concern earlier voiced the need for rebranding, stating that it is impossible to compete with global arms industry leaders without a strong and recognizable brand.

Kalashnikov Concern was created in August 2013 when the Izhmash and Izhmekh manufacturers were merged and formally renamed after the well-known Soviet assault rifle AK-47. It is now Russia's largest producer of automatic and sniper rifles, guided artillery shells and a wide range of civilian products, including shotguns, sport rifles and machine tools.